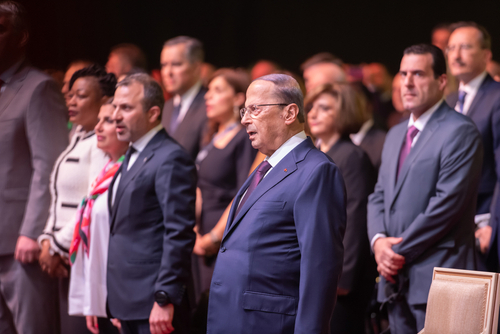 Brussels (Brussels Morning) Josep Borrell, High Representative of the EU for Foreign Affairs and Security Policy, called on Lebanese political leaders on Sunday to overcome their mutual distrust and put the country’s interests ahead of their own desire to secure power.

He cited the struggle for power as the main cause of the crisis in Lebanon, and urged politicians to form a cabinet to steer the country out of the crisis, warning that otherwise they face a financial crash and sanctions, Reuters reported.

Borrell attended meetings with  President Michel Aoun, Prime Minister-designate Saad Hariri and the Speaker of the Parliament Nabih Berri in Lebanon over the weekend.

Afterwards, Borrell pointed out that “the country is in big financial trouble and in order to solve the economic crisis they need a government”.

“It is clear it’s a fight for the distribution of power”, Borrell observed. “I have to say there is also strong mistrust”, he added. He emphasised the need to form a government that has real authority and the technical capacity to address the problems the country is facing.

Currently, the people of Lebanon are faced with food and fuel shortages, power blackouts and severe inflation, with more than half of the population living below the poverty line. The annual inflation rate in Lebanon reached close to 90% last year. Against this background, the country’s political elite have been exacerbating the problems by bickering over the distribution of top government posts.

Borrell made clear that Lebanon cannot count on international support and aid until it forms a government that can engage with the International Monetary Fund and come up with the reforms needed to tackle corruption.

He said the politicians he had met with were not optimistic that the political deadlock would be resolved. He warned that country’s sectarian divide could drive Lebanon into the ground.”The sanctions are a possibility that is going to be considered, and we would like very much not to use”, Borrell noted, again underscoring that the current situation is both unacceptable and unsustainable.