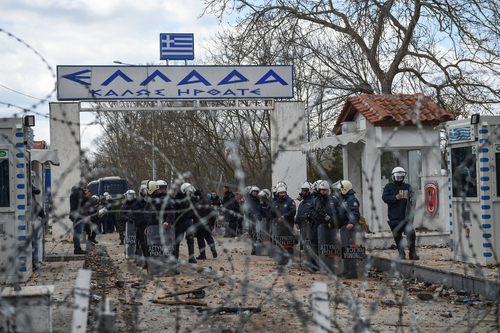 Brussels (Brussels Morning) European Commissioner for Home Affairs Ylva Johansson has called on Greece to investigate claims that the country has been pushing back migrants to Turkey, Reuters reports.

During a visit to the island of Lesbos, she noted that the UN High Commissioner for Refugees (UNHCR) had received many reports in recent months that migrants might have been denied entry to Greece and been forced back to Turkey.

Greek authorities have rejected the accusations.

“I am very concerned about the UNHCR report and there are some specific cases that I really think need to be looked into closer”, Johansson said. Greek authorities have announced that a new migrant reception centre should open on the island before winter.

At a joint press conference held with Johansson on Lesbos, Greece’s Minister of Asylum and Migration, Notis Mitarachi, insisted that Athens has been following EU and international law.

“We strongly deny that the Greek Coast Guard has ever been involved in pushbacks”, he declared and reiterated that investigations by the Greek judiciary and the European Border and Coast Guard Agency had found no such violations.

Mitarachi said the new migrant centre on Lesbos would house thousands of migrants in time for the winter. It replaces the Moria camp, which Greek authorities say was burned down by migrants in September last year.

Mitarachi also made a point of noting that today some 14,000 migrants are housed in camps on five Greek islands compared to roughly 42,000 in 2019. He added that approximately 58,000 migrants are housed in camps across Greece, in contrast with about 92,000 in 2019.Greece and other Mediterranean EU member states including Cyprus, Italy, Malta and Spain have been calling on their EU counterparts to adopt a joint approach to migration and to help those who process migrant arrivals.