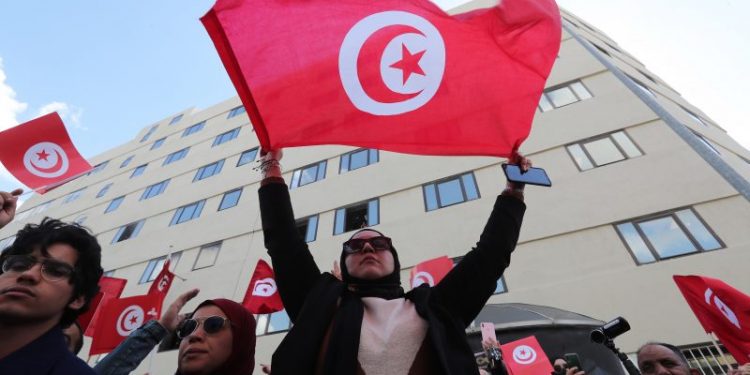 Brussels (Brussels Morning) The EU expressed concern on Monday over the developing constitutional crisis in Tunisia, and called on all involved actors to adhere to the constitution and respect the rule of law.

The young Mediterranean democracy, seen by many as the most successful story of the 2011 Arab Spring movement, was plunged into crisis over the weekend as President Kais Saied ousted the democratically-elected government and suspended the country’s parliament, with the help of Tunisia’s armed forces.

The move followed rising tensions between Saied, a secular independent, and the ruling Islamic party Ennahdha, which is led by Speaker of Parliament Rached Ghanouchi. Ennahda, a relatively moderate Islamic party close to the Muslim Brotherhood, has been in power in Tunisia ever since the 2011 revolution.

As Saied dismissed Prime Minister Hichem Mechichi on Sunday, suspended the parliament for a period of 30 days and revoked the immunity of parliamentary deputies, Ghanouchi accused the President of staging a coup d’etat against the constitution.

Saied claims his actions were prompted by the government crisis, following a series of demonstrations that called for the Prime Minister’s resignation after a recent spike in the coronavirus pandemic, which exacerbated the country’s existing economic challenges. His decision to oust the PM was met by open celebrations by some. Others protested what they viewed to an illegal coup.

The President cited Article 80 of the constitution, which grants him the right to take special measures in case of an imminent threat to the country, arguing that the pandemic and failing economy jointly constituted such a threat.

The main problem stems from the fact that none of his concrete actions are mentioned in the constitution, such as dismissing the government, suspending the parliament or revoking the immunity of lawmakers. The constitution also states that a constitutional court must confirm the use of Article 80, but the country has no such court at this time.
On Monday a European Commission spokesperson urged both Saied and Ennahda to avoid violence, noting that the EC is “closely following” developments in the country.