EU calls for transparency in WHO coronavirus origin probe 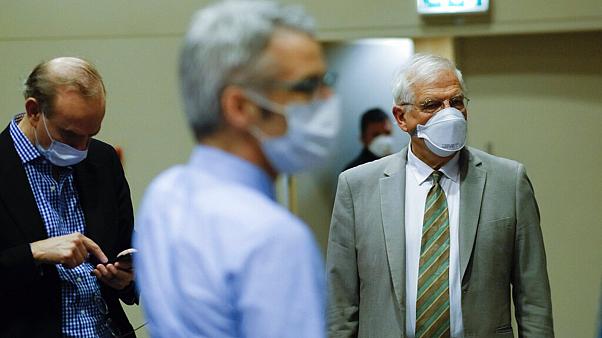 Brussels (Brussels Morning) On Monday, Germany’s Minister of Health Jens Spahn, speaking on behalf of the EU, called for full transparency and cooperation at all stages of the World Health Organisation (WHO) probe into the origin of coronavirus, Reuters reports.

WHO Director-General Tedros Adhanom Ghebreyesus told the UN agency’s annual ministerial meeting Tuesday that the investigation team will comprise members from Australia, Denmark, Germany, Japan, Russia, Sudan, Vietnam, the Netherlands, the UK and the US. He stressed that the individual members are all highly respected in their areas of expertise.

Washington had previously accused the WHO of favouring China’s position and claimed that it had had shown undue deference to the Chinese Communist Party (CCP), charges which Director-General Adhanom Ghebreyesus denied.

According to the terms of reference, the WHO international team, which was formed in September, is to conduct its inquiries and studies on the basis of China’s findings. Meanwhile, Chinese scientists are investigating the origin of the virus.

Garrett Grigsby, the director of the US Department of Health and Human Services (HHS) Office of Global Affairs, took issue with WHO that member countries had received the investigation’s terms of reference only a few days before they met.

Not only had members not been consulted adequately about the terms of the investigation, but the terms themselves appeared to be inconsistent. In order to meet the mandate, an investigation into the origins of the virus had to be transparent and inclusive, he insisted.

The Chinese National Health Commission’s Sun Yang expressed support for WHO’s continued leadership role, but did not mention the investigation.

Mike Ryan, executive director of WHO’s Health Emergencies Programme, said the WHO team and its Chinese counterparts held a virtual meeting at the end of October about the joint investigation and indicated the WHO team would be deployed in time.

US President Donald Trump announced Washington would temporarily stop financing the WHO in April. In July, WHO noted that the US had formally announced its decision to leave the organisation in July 2021.