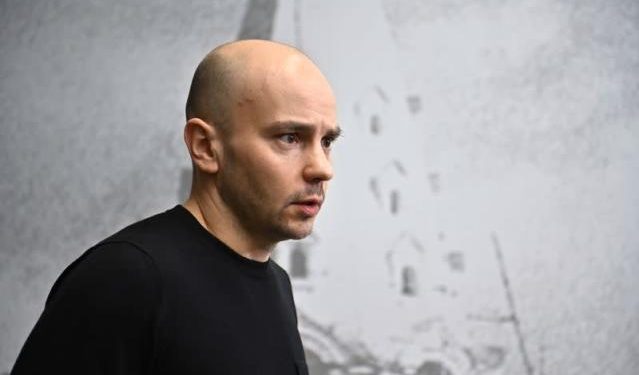 Brussels (Brussels Morning) The EU demands please change to has demanded the immediate release of the Russian opposition politician Andrei Pivovarov, who was arrested on Monday.

Pivovarov was arrested in St. Petersburg, when authorities removed him from a flight to Warsaw. He is one of a number of Kremlin critics detained in recent days, according to DW reporting.

Russian authorities arrested opposition politician Dmitry Gudkov on Tuesday as they stepped up pressure on dissent in preparations for parliamentary election slated for September, RFI reported.

Gennady Gudkov, former opposition lawmaker and Gudkov’s father, noted on Tuesday that his son was arrested over unpaid rent dating from six years ago. “Vindictive and petty villains have captured my country and are destroying normal people”, he asserted.

On Tuesday, the authorities searched Dmitry Gudkov’s house outside Kolomna near Moscow as well as the houses of his relatives and political allies. “I don’t know what the formal reason is”, his father declared, while adding that “the real one is clear”.

Russian police also searched Pivovarov’s apartment in St. Petersburg and launched an investigation against him over his alleged affiliation with an “undesirable organisation,” according to his team. He faces a prison sentence of up to six years.

A statement by the Investigative Committee of the Russian Federation claimed that Pivovarov supported an “undesirable organisation”, adding that he had tried to flee from authorities on Monday.

Amnesty International (AI) described the arrest of Pivovarov as an “audacious move,” with the head of the organisation’s Moscow office, Natalia Zviagina, stating that he “must be immediately released.”

The EU noted that Pivovarov’s arrest “confirms a continuous pattern of shrinking space for civil society, the opposition and critical voices as well as independent media” in Russia.

The Polish flag carrier LOT pointed out that the flight Pivovarov aboard change to was aboard had been taxi-ing towards take-off when Russian authorities ordered it to return.

Poland’s Deputy Foreign Minister, Piotr Wawrzyk, described the move as “an unusual action because if the Russians wanted to detain this person they could have done so before boarding”.”The standards of the civilised world do not apply thee,” he concluded. Change from ‘thee’ to ‘there’