EU calls for hostilities to stop between Armenia and Azerbaijan 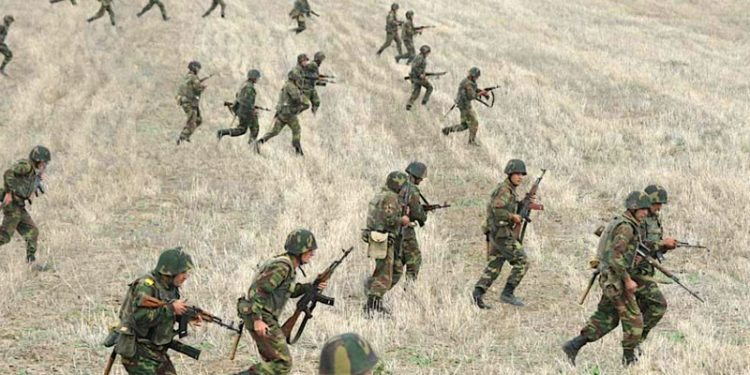 European Council President Charles Michel call for an end to hostilities between Armenia and Azerbaijan was reported by DW on Sunday. Michel described the outbreak of armed conflict in the Nagorno-Karabakh region as a matter of grave concern that demanded immediate cessation and a return to negotiations.

In July this year, the European External Action Service (EEAS) had warned about the dangers inherent in escalating conflict in the region and called on both sides to stop the armed confrontation, de-fuse the situation and re-engage in substantive negotiations under the auspices of the Organisation for Security and Co-operation in Europe (OSCE) Minsk Group.

Conflict between Armenia and Azerbaijan broke out again yesterday, Sunday, with both sides accusing one another of being the cause. The two former Soviet states have been at odds since the dissolution of the USSR.

According to Armenian Defence Ministry spokeswoman Shushan Stepanyan, acts of aggression and violence continued to mark the early morning hours with Azerbaijanian artillery and armoured vehicles involved in offensive operations. Armenia’s Prime Minister Nikol Pashinyan stated that Azerbaijan had declared war on the Armenian people and urged his compatriots not to retreat a millimetre in the disputed Nagorno-Karabakh region.

At the same time, the President of Azerbaijan, Ilham Aliyev, accused Armenian forces of launching targeted attacks on the region, while Azerbaijan claims to have liberated several villages in the region.

Iran’s Foreign Ministry spokesman Saeed Khatibzadeh said Iran was keeping a close eye on the conflict and was ready if asked to mediate between the two sides, ISNA reports. Khatibzadeh called on both sides to end the conflict immediately and return to talks. Germany’s Minister of Foreign Affairs Heiko Maas called for an immediate ceasefire and urged a return to negotiations.

Pope Francis also called on the two sides to show goodwill and to resolve their differences without bloodshed.

France’s Ministry of Europe and Foreign Affairs spokeswoman Agnès von der Mühll has stressed France’s alarm at the conflict and called for an immediate end to hostilities and a return to talks, according to Reuters.