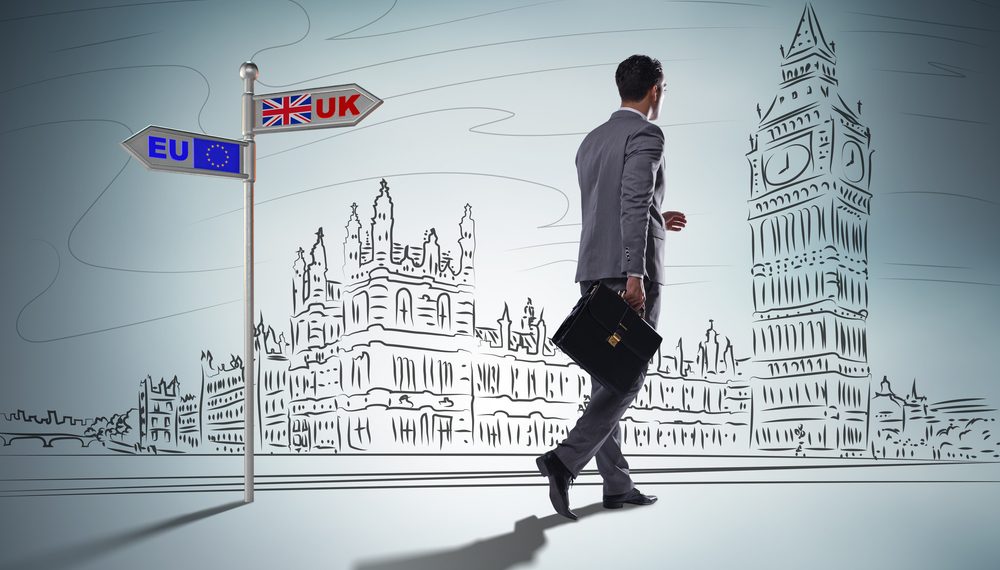 Brussels (Brussels morning) The EU-UK trade deal agreed on Christmas Eve will enter into force provisionally from this Friday, 1 January, when the temporary withdrawal agreement that carried over from the UK’s EU exit to the end of this year expires.

For the first two months of next year, the Trade and Cooperation Agreement, as it is formally known, will be provisionally applied in the wake of ratification in both the UK and in EU member states.

In force from Friday

The last-minute agreement has lead to a flurry of activity in lockdown Brussels. Today, Monday, 28 December, the European Parliament’s political group leaders adopted the deal provisionally to avoid any further disruption for citizens and businesses.

The European Parliament has urged a comprehensive review of the deal, but, exceptionally, agreed to its almost immediate provisional implementation to prevent the chaos of a no-deal scenario. Parliamentary ratification at the EU-level will follow early next year as a vote of consent.

EU member state governments have returned from the Christmas break to agree that the UK agreement can be applied before ratification by all states next year. Provisional application of the trade accord was to go ahead once EU ambassadors signed off on the deal Monday, but it must still be agreed to by all EU leaders next year.

In a phone call with British Prime Minister Boris Johnson today, the European Council President Charles Michel underlined that the agreement will be applied, even though it is still subject to scrutiny by both the European Parliament and the 27 remaining EU member state governments. ”Looking forward to cooperate on COVID, a possible Treaty on pandemics; climate ahead of COP26 and foreign policy issues as allies sharing common values,” Michel tweeted.

In the UK,  Parliament’s House of Commons is expected to vote on the Trade and Cooperation Agreement on Wednesday.

Goods trade will continue tariff-free as the provisional entry-into-force of the agreement is assured in an expedient manner this week. Even with the new agreement in place, businesses will face new trade barriers and potentially increased costs.

However, there will be no import quotas for goods. By arriving at the trade accord, the EU and UK were able to avert a situation whereby substantial tariffs would have been imposed on food stuffs and goods, such as car parts and textiles.

There will also be limits to customs fees and greater  flexibility with regard to customs formalities compared to trade with other countries outside the EU. Customs checks will apply on trade from Friday, other than for trade with Northern Ireland, which, according to a special protocol, is still considered intra-EU.

The 2000-page trade accord covers a number of areas going well beyond the EU’s traditional free trade agreements. The governance chapter, one of the most contentious, provides for a Joint Partnership Council that will deal with issues arising from the clauses.

There will be dispute settlement mechanisms to mediate actions by either party that might risk distorting competition – for example, in the case of unfair subsidies to businesses. Judicial cooperation will continue in both criminal and civil law matters and for cross-border crime.

Foreign policy, external security and defence cooperation is not covered by the agreement since the UK did not want to negotiate on those matters. As of 1 January 2021, there will be no framework in place between the UK and the EU to develop and coordinate joint responses to foreign policy challenges, such as, for instance, the imposition of sanctions on third country nationals or economies.

On fisheries, another highly contentious issue that held up the negotiations for months on end, the total allowable catch is to be agreed between both the EU and the UK on an annual basis.

By leaving the Common Fisheries Policy, the UK becomes an independent coastal state, but the rights of EU fleets to fish in Britain’s waters will be phased out only gradually, in response to pressure from France.

For the next five and a half years, EU fishing vessels will continue to have full access to British waters, with their fishing quota reduced only by a quarter of current catch levels. There is a risk that the requirement to agree each year on the total catch could stir up the dispute over fisheries again.

News of the EU-UK deal was welcomed in EU circles in Brussels over Christmas. Eurochambers, representing some 20 million European businesses through national chambers of commerce, was pleased that the worst-case scenario had been averted. ”We are relieved that in the end an agreement has been reached and economic reason has prevailed,” Eurochambers President Christoph Leitl stated.

The European food sector, including both the farmers’ unions and food processors, welcomed the fact that the deal steers clear of tariffs for the sector but remained concerned about the need for swift implementation of the deal.

”Failure to move quickly will lead to more border chaos and supply chain disruption that will not only put thousands of jobs at risk, but also impact the safe supply of affordable agri-food products to consumers,” a statement issued by FoodDrink Europe and the farmers’ union Copa&Cogeca said.

ETUC, the trade union federation, expressed concerns about adequate democratic scrutiny of the deal, as well as the future disputes that might arise under the agreement.

“The length and complexity of the deal raises serious questions about the time available for member states and the European Parliament to scrutinise it in the detail necessary,”  ETUC General Secretary Luca Visentini said. The federation, he added, was pleased that a no-deal scenario had been avoided.

Political parties in the European Parliament were concerned also about the short timeframe available before ratification.