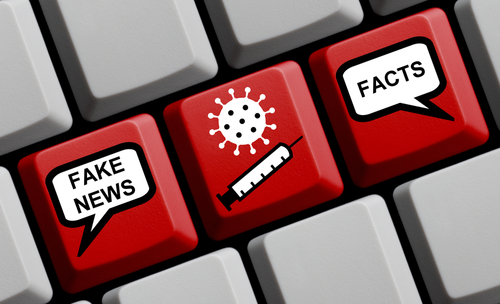 Brussels (Brussels Morning) China and Russia are spreading disinformation about the safety of COVID-19 vaccines developed in the West, according to an EU report released on Wednesday, Reuters reports.

The EU report warns that the disinformation campaigns are aimed at sowing division in the West and notes that Chinese and Russian state media spread fake news from December last year to April.

The campaigns were focused on online platforms, raising vaccine safety concerns while praising Chinese and Russian vaccines as superior. China and Russia reject the accusations.

The European External Action Service (EEAS) report points out that Chinese and Russian vaccine diplomacy “follows a zero-sum game logic and is combined with disinformation and manipulation efforts to undermine trust in Western-made vaccines”.

It said that “Russia and China are using state-controlled media, networks of proxy media outlets and social media, including official diplomatic social media accounts, to achieve these goals”.

The report notes “both Chinese official channels and pro-Kremlin media have amplified content on alleged side-effects of the Western vaccines, misrepresenting and sensationalising international media reports”.

Besides the EU, NATO regularly accuses Russia of covert operations aimed at destabilising the West by deepening divisions in societies.

In responding to the allegations, the Chinese Mission to the EU stressed on Thursday that “a disinformation report that has no factual basis is in itself an example of disinformation”.

The report points out that Russian media reported “Brexit saved the UK from the vaccine chaos engulfing the EU”, maintaining that this was “an effort to sow division within the EU”.

China, according to the report, promoted its COVID-19 vaccines “as more suitable for developing countries and also the Western Balkans”, having described vaccines developed in China as a “global public good”.