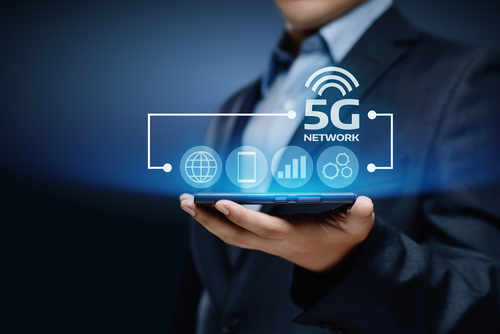 Belgium, (Brussels Morning Newspaper) Europe is experiencing considerable delays in deploying 5G networks, a factor that is undermining the EU’s connectivity goals. The European Court of Auditors (ECA) has issued a warning to this effect noting that further efforts are required to address security issues and to avoid dependency upon non-bloc providers.

The ECA presented its latest report on the 5G rollout in the EU at a press briefing today, where it highlighted delays in the deployment of networks and security issues.

The 5G next-generation of mobile networks is considered vital to raising internet access and coverage. The new global wireless standard is set to increase the performance of a wide range of applications that benefit many sectors of the EU economy and the daily lives of its citizens.

The ECA estimates that 5G could add up to 1 trillion euro to EU GDP between 2021 and 2025, given its potential to create or transform up to 20 million jobs. However, EU auditors are wary of the prospective dependency Europe may experience by having to rely on the limited number of vendors currently capable of building and operating 5G networks.

ECA auditors claim lack of sovereignty over 5G networks is a cause for real concern pointing to the current online modus operandi of cyberwars as justification for their fears about interference by “hostile state actors”.

“Member states’ approaches towards 5G security, and in particular the need for concerted action, remains an issue of strategic importance for the EU’s technological sovereignty and the single market”, Annemie Turtelboom, the ECA member responsible for the report, declared.

The possibility of widespread disruption of critical services, such as power grids, was raised by the EU auditors’ report. At stake is the geographical position of the largest players — Huawei (China) and Samsung (South Korea) — which is based outside the EU are not bound to comply with EU standards and legal requirements.

This could also have grave implications when it comes to personal data protection, the report states, since rules in non- EU countries can vary considerably from EU standards. The auditors cited their concern that EU users could be subject to foreign laws when control centres are located outside the bloc.

The Commission’s EU toolbox on 5G cybersecurity, adopted in January 2020, was intended to provide safety and security for operators and end-users alike. However, it came into existence too late for a number of mobile network operators who had already selected their vendors.

In its 2016 Action Plan, the European Commission set a 2025 deadline for 5G to be rolled out across all urban areas and along main transport routes. In March last year, it set a further deadline for achieving EU-wide 5G coverage by 2030.

During today’s press briefing, EU auditors said the bloc needs “new impetus” to boost the rollout of 5G. “By the end of 2020, 23 member states had launched commercial 5G services and achieved the intermediate objective of at least one major city with 5G access”, the ECA report states.

Despite the weak progress, ECA acknowledged the EU executive’s role in supporting EU countries to reach these goals through guidance and funding. But it pointed out that the expected quality of 5G services has never been clearly defined.

According to ECA, all member states except Cyprus, Lithuania, Malta, and Portugal met the 2020 intermediary objective of having at least one major city with 5G access.

The Commission considers that for 16 EU countries, the likelihood of achieving the 2025 goal is at best medium — Austria, the Czech Republic, Estonia, Germany, Ireland, Lithuania, Malta, the Netherlands, Poland, Portugal, and Slovenia. As for Belgium, Bulgaria, Croatia, Cyprus, and Greece, the likelihood is at the worst low.

“Across the EU, up to 400 billion euros will be spent by 2025 on developing 5G networks to support the future economic growth and competitiveness. But with many member states lagging behind, the EU is still far from reaping the benefits 5G offers”, Turtelboom pronounced.

By November 2021, 23 EU countries had yet to transpose the EU Directive — the European Electronic Communications Code. Some cited delays over COVID-19 but have settled deadlines for the assignment of 5G pioneer bands.