by Anna-Karin Friis
in Economy 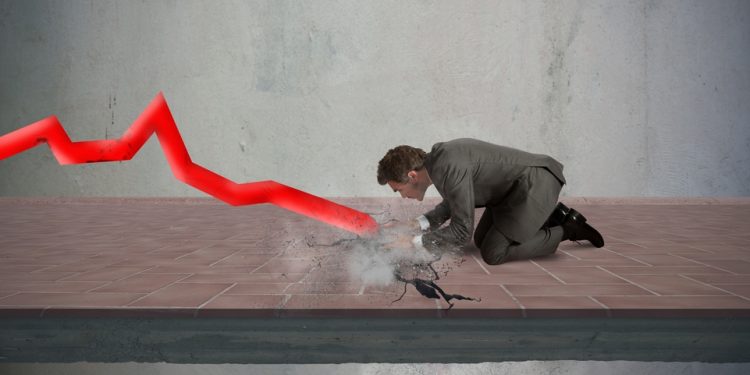 Concept of negative statistic due to crisis

Brussels (Brussels Morning): EU auditors warn of weaknesses in the internal control systems within the Single Resolution Board (SRB), the EU system for the orderly winding-up of failing banks and avoiding costly bail-outs.

Changes are needed to ensure that the system is functioning in view of the economic downturn and the risk of a surge in non-performing loans throughout the EU. The Single Resolution Mechanism exists for winding up banks that pose significant risks to the financial system in more than one country, should they fail.

According to the EU’s independent auditors, the Single Resolution Board has neither properly identified nor addressed obstacles regarding a bank’s resolvability. The auditors point to inconsistencies when internal resolution teams assess critical functions.

As a result and given a lack of clear guidance, there is a risk that the SRB may not flag a function as critical in situations where the real economy might be negatively impacted in the event of the bank’s failure.

“The smallest banks pose the least problems. If they are getting in trouble, they should be wound up by an insolvency procedure”, Rimantas Šadžius, the EU auditor responsible for the report stated at a press conference Thursday.

The EU’s Single Resolution Board (SRB) is responsible in cases where large banks show signs of strain and also for banking corporations that operate in several countries.

“But medium-sized banks could pose problem in terms of stability, as the level of stability is not the same as for large banks”, Šadžius admitted.

In some cases national authorities are responsible for planning resolution schemes, especially where small and medium-sized banks are concerned. However, in such cases, they should do so in accordance with SRB guidelines.

The system requires preparedness in the event that banks are unable to meet their obligations. Procedures are complex but the EU’s Court of Auditors found impediments that led them to conclude that the SRB’s schemes cannot be relied upon to the detect weaknesses in the resolution plans in many countries.

In some countries, national deposit guarantee schemes are inadequate for dealing with a crisis, which suggests that covered deposits are not well protected.

However, the EU auditors still warn that insufficient guarantee schemes is not enough of a reason for the EU’s resolution board to come to the rescue, which raises the question of whether the current system is fit for the purpose.

“The resolution plans improved in quality but weren’t always in line with the requirements”, EU auditor Šadžius said. “Remedying these shortcomings would help to ensure that taxpayers do not foot the bill once again”.

The auditors would favour early intervention where a bank is deemed likely to fail. Whether the means would be available to provide cover for a failing bank remains an issue of concern, the auditors admit, citing a failure of financial continuity.

Even though the eurozone’s finance ministers recently decided to reform the European Stability Mechanism and set up a common backstop for the Single Resolution Fund, backstop funds might be insufficient.