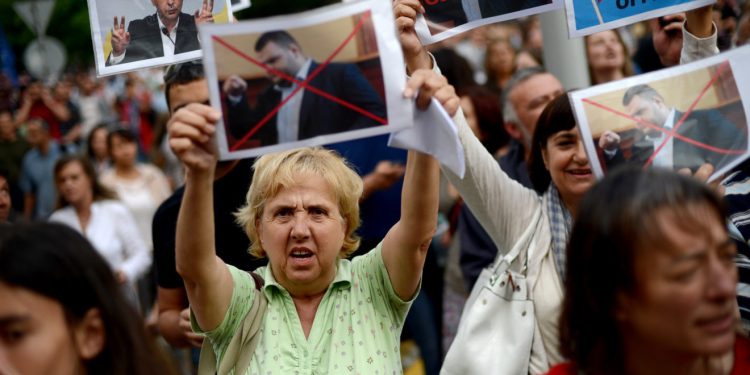 Brussels (Brussels Morning) The US has imposed sanctions against three Bulgarian nationals and 64 companies linked to them over suspicions of corruption, a move that was hailed by leading Bulgarian politicians and approved by the European Union.

The US Treasury Department announced the sanctions on Wednesday, calling them the single biggest action taken against graft to date. It claimed the sanctions also targeted plans to create a conduit for Russian political leaders to influence the Bulgarian government, Reuters reported.

The individual sanctions were imposed on former lawmaker and media mogul Delyan Peevski, government official Ilko Zhelyazkov and fugitive gambling tycoon Vassil Bozhkov. All three will have all of their US assets frozen, and will be barred from entering the US in the future.

Former Prime Minister Boyko Borissov, who ruled the persistently most corrupt EU member state for most of the past decade, publicly praised the US sanctions and denied having any ties with the affected individuals. His political opponents, however, maintain that Borissov has weakened state institutions to benefit oligarchs.

The sanctions received indirect approval from the EU, which already announced that it would not respond to them in any way. According to an official statement, the sanctions against affected Bulgarians “do not apply on EU territory, so there is nothing that would justify us taking any kind of counter measures”. An EU spokesman described them to reporters as “measures that the United States took within their legal framework”.
The sanctions come as Bulgaria is preparing for new parliamentary elections in July, While the elections held earlier this year marked  the end of Borissov’s rule, they failed to produce a majority sufficient to form a stable government.