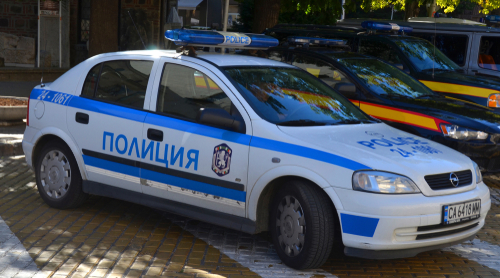 Brussels (Brussels Morning) The EU Anti-Fraud Office (OLAF) has found Bulgaria to be in violation of the terms of its grant agreement with the bloc and is recommending that the EU recovers close to 6 million euro, according to an OLAF press release issued on Monday.

OLAF says its investigation shows that the Bulgarian Interior Ministry violated the terms of the grant by spending the funds on SUVs rather than all-terrain police vehicles.

Calling for the recovery of the funds, OLAF proposes initiating criminal proceedings against ministry officials.

The OLAF investigation was launched in July 2018 following claims of fraud and misappropriation of EU funds from the bloc’s Internal Security Fund. According to the grant agreement, the Bulgarian Interior Ministry was to acquire 350 all-terrain vehicles for the police.

As part of its inquiry, the OLAF interviewed the officials who prepared and implemented the tender and analysed relevant documents. All parties fully cooperated with investigators, OLAF noted.

The Office concluded that the ministry violated the terms of its agreement with the EU by changing conditions unilaterally, deciding to buy SUVs rather than all-the stipulated terrain vehicles.

Ministry officials, it suggested, likely abused their powers, which represents grounds for pursuing a criminal investigation into the incident.

The OLAF closed its investigation in December last year and recommended that the European Commission, which manages the bloc’s Internal Security Fund, should recover 5,948,569 euro from Bulgaria.

OLAF urged the Bulgarian Prosecutor’s Office to launch a criminal investigation into the apparent abuse of position and corruption and made clear that national as well as EU authorities should look into the incident.

“Manipulated tenders allowing potential fraudsters to line their own pockets at the expense of citizens is a typical fraud pattern seen by OLAF’s investigators all too often,” OLAF head Ville Itälä stated.

Launching legal action would send a clear message “that nobody is above the law and that 2 EN EN OLAF and its partners across Europe will continue to work tirelessly to protect European taxpayers’ money”, he declared.