EU and US agree to pause trade war by suspending tariffs 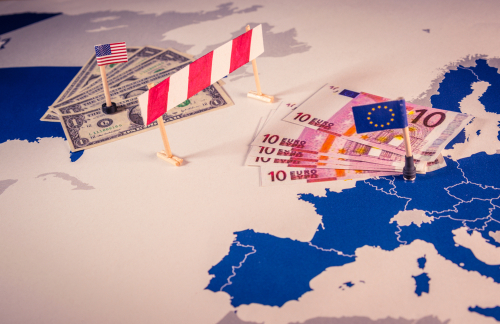 Brussels (Brussels Morning) The EU and the US have reached an agreement to suspend the tariffs Washington and Brussels imposed on each other, in effect, pausing the trade war ignited when the administration of President Donald Trump slapped tariffs on EU steel exports to the US, AP reports.

The European Commissioner for Economy, Valdis Dombrovskis, described the suspension as an example of “walking the talk in our efforts to reboot the trans-Atlantic relationship”. Following bilateral agreement, the two sides also stated their commitment to “address global steel and aluminium excess capacity”.

The latest suspension in tariffs comes after the two sides have already agreed in March to freeze for a period of four months a previous set of tit-for-tat tariffs introduced as part of the longstanding dispute between the US and EU aviation companies, Boeing and Airbus.

Trump originally slapped tariffs on EU steel producers in 2018 in an effort to boost US production, citing a national security threat as the reason. The measure hurt European producers, but also had a side effect of raising the price of steel for US manufacturers. Brussels responded by raising tariffs on a number of US-made goods, including motorcycles, bourbon, peanut butter and jeans, among others.

“The EU is not a national security threat to the US,” said Dombrovskis. “But the distortions created by global excess capacity – driven largely by third parties – pose a serious threat to the market-oriented EU and US”, he added.

Both his and the joint statement citing global excess capacity seem to be aimed at China, which is partially responsible for creating excess supply. The administration of US President Joe Biden has so far strived to re-engage with its traditional allies, which were mostly alienated by Trump, in order to present a unified front against Chinese economic and military assertiveness.