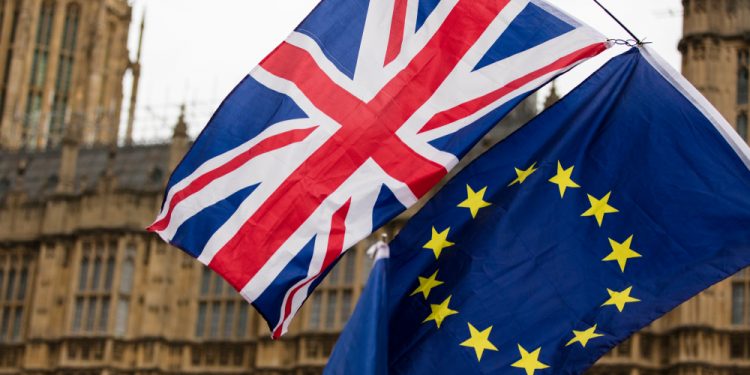 London (Brussels Morning) The EU and UK have reached an “agreement in principle” on the text of a new “Trade and Cooperation Agreement” that will govern the relationship between the 27-member bloc and Britain after the transition period ends on 31 December.

The negotiations came to a halt on Christmas Eve, surpassing numerous prior deadlines to agree on a text so the EU Parliament can ratify the deal in time to avoid disruptions.

Both sides will move forward to ensure the necessary processes and endeavour the new agreement take effect in one week’s time.

“I’m proud to officially announce that we’ve concluded our negotiations with the EU and secured a great deal which guarantees our sovereignty”, UK Prime Minister Boris Johnson told party supporters in an email this evening.

“As promised, we have taken back control of our laws, borders, money, trade and fisheries and ended any role for the European Court”.

The UK officially left the EU on 31 January 2020 but has retained EU access to give it time to negotiate a free trade deal to avoid expensive tariffs and quotas that would impact business and consumption.

Several deadlines passed as both parties struggled on several key issues. While the EU and UK negotiating parties warned a no-deal exit could be likely, it was in neither party’s interest, which meant they were resolute in coming to terms, allowing them to edge closer to each other’s bottom lines.

Under the trade agreement, there will be an acknowledgement of the trusted trader schemes on both sides, which means faster and simpler access to customs procedures for UK traders and fast-tracking shipments through borders, so goods move freely between the UK, Ireland and the rest of the EU.

Things that will cease include automatic recognition of professional qualifications, freedom of movement, and participation in the Erasmus programme, common fisheries policy. Fishing rights was one of the major, and last, to be finalised sticking points of trade negotiations with the EU determined to maintain the status quo while Britain wanted more catch for its fishermen. The landing point was for the EU to reduce its catch by 25%, phased over five and a half years.

The other point of contention has been state aid. Here, the EU conceded and allowed the UK to set subsidies without aligning with EU rules.

There has been agreement on social, environmental and labour standards, often referred to as the level playing field.

Other areas outlined in the agreement cover what goods count as “Made in Britain”, dispute resolution, a science-related development programme called Horizon Europe, involvement and cooperation regarding security and law enforcement, TV services, travel and transport.

“Today is a day of relief”, said EU chief negotiator Michel Barnier in a televised address, “but tinged by some sadness as we compare what came before with what lies ahead”.