by Marta Pacheco
in Diplomacy 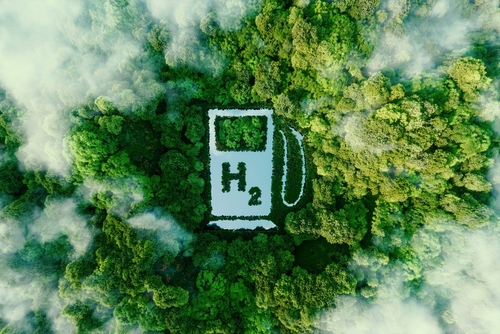 Belgium, (Brussels Morning) The EU and India held the first official forum to unlock cooperation on green hydrogen last week, in New Delhi. While India, the world’s third-biggest CO2 emitter, announced its national hydrogen strategy last year, the EU launched the European Hydrogen Strategy in 2020 and both blocs pledged to exchange expertise on the way forward.

With the REPowerEU, the bloc is also aiming to have at least 45% of renewables in the energy mix by 2030. This week, MEPs at the European Parliament will vote to boost renewables and energy savings.

India aims to increase green hydrogen annual capacity to 25 million tons having pledged to become carbon-neutral by 2070. Moreover, as part of its green energy strategy, India has committed to produce 500 GW of non-fossil fuel energy by 2030.

India accounts for about 0.2% Russia’s natural gas exports. The country’s GAIL Ltd has a 20-year deal with Gazprom to buy 2.5 million tonnes of LNG a year which started in 2018. However, local media reported in August that Gazprom suspended supplies to GAIL.

Adding to the strain, it’s becoming more difficult for India Indian importers to source natural gas from international markets, Sanjeev Choudhary wrote in the Economic Times, noting that Europe is drawing away much of the global supply to its shores ahead of winter amid Russian supply cuts.

“India is the world’s fourth largest LNG importer: net imports have increased by 84% over the past decade. Increasing dependence on gas imports is a threat to India’s energy independence and security,” asserted a June 2022 report from Climate Action Tracker.

The event organized by the EU and the Indian Ministry of New and Renewable Energy, featured the presence of the EU Energy Commissioner Kadri Simson, who stressed that the bloc would be keen to welcome financing partners.

The EU is considering the possibility to build a pipeline of hydrogen projects in India, leveraging private sector investments in innovative technologies under the framework of the EU Global Gateway initiative.

“The EU and India have a strong common interest in green hydrogen, from its energy security aspects to developing secure supply chains and competitive, rules-based markets. I believe that the focus on hydrogen has to go together with massive deployment of renewable energy in Europe and India,” said Simson.

Further, Simson emphasized that international cooperation is crucial and said the EU wants to develop a framework bilaterally, with partners like India but also multilaterally.  The idea is to develop a global hydrogen market, including harmonised safety and environmental standards.

Developing these kinds of hydrogen partnerships is something the EU has already started, with the Mediterranean Green Hydrogen Partnership as well as Chile and Namibia, Simson pointed out.

Despite the hydrogen hype and the global partnerships being forged, analysts from the Potsdam Institute for Climate Impact Research say that green hydrogen needs a string policy push in order to reach the required meaningful scale.

Global green hydrogen capacity of 600 megawatts (MW) in 2021 needs to rise by 6,000 to 8,000 times by 2050 to hit meaningful scale, the report said, adding that only then can it contribute to climate scenarios compatible with the 2015 Paris Agreement.