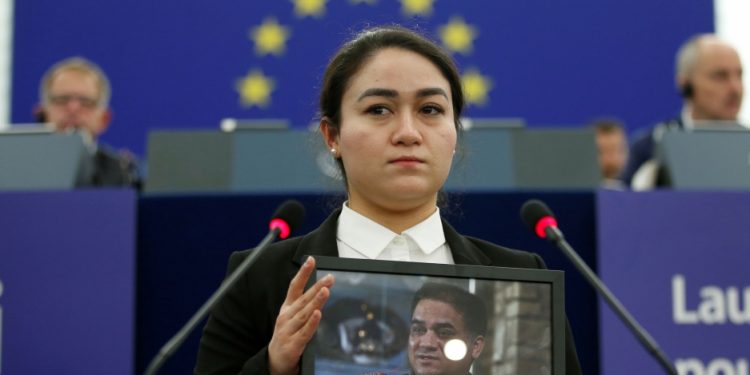 Brussels (Brussels Morning) The visit by EU ambassadors to China has been held up after they sought access to the jailed Uighur economist Ilham Tohti, according to an unnamed diplomatic source, RFI reports.

The visit was planned to the Xinjiang region that human rights organisations have been citing because of China’s treatment of Muslims at internment camps there.

China claims it has invited UN officials and foreign diplomats to visit the region, yet there has been very little progress since then.

The diplomatic source stressed that the EU delegation’s trip is on hold because the mission sought a visit with Tohti, who was jailed for life in 2014 on charges of separatism. Tohti was the recipient of the EU’s foremost human rights award, the Sakharov Prize, in 2019.

“Negotiations are at a stalemate because of Tohti and other conditions,” the source added, noting “I don’t think they are going soon”.

On Tuesday, Zhang Ming, Chinese Ambassador to the EU, asserted that “almost everything had been arranged” for the visit to Xinjiang. Now, he says, the visit is on hold over “unacceptable requests”, since the EU diplomats want “a meeting with one criminal convicted by Chinese law”. That “is unacceptable, I’m so sorry”, he declared.

Zhang maintained that China has opened Xinjiang to “foreign diplomats, journalists and tourists.” He noted that Beijing had invited UN High Commissioner for Human Rights, Michelle Bachelet, to visit the region this month, after her call last month for an “independent and comprehensive assessment of the human rights situation” in Xinjiang.

The Chinese Communist Party (CCP) vehemently denied any wrongdoing, insisting it has not abused Uighurs in Xinjiang internment camps. Beijing contends that all detainees have “graduated” from “vocational training centres”, and that this has contributed to increasing incomes in the region while stamping out what it described as extremism.

An EU official delegation which participated in a carefully orchestrated visit to Xinjiang in January 2019 said it believed the inmates it met with at a “training centre” at that time had been forced to speak from prepared scripts.

According to the Foreign Correspondents’ Club of China, any foreign reporters attempting to report from Xinjiang in 2020 faced surveillance and harassment by the CCP.