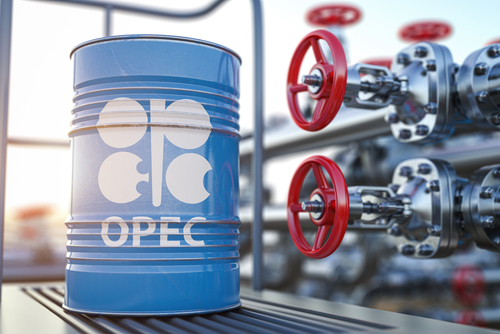 According to the plan, EU member states will cut Russian crude oil imports by 90% by the end of the year, according to Reuters reporting on Tuesday.

Besides Hungary, Slovakia and the Czech Republic are exempt as they import Russian oil through the Druzhba pipeline, which is temporarily not included in the embargo.

German Chancellor Olaf Scholz pointed out that sanctions are aimed at prompting Russia “to end this war, to withdraw its troops, and to agree a sensible and fair peace with Ukraine.”

French President Emmanuel Macron pointed out that additional EU sanctions are an option, but other EU leaders noted that an embargo on Russian gas is not an option as many EU member states are dependent on it.

According to the plan, bloc members will stop importing seaborne Russian oil in six months and refined products in eight months, the EC noted.

The body stressed that the timeline will start when the new package of measures is adopted, which is planned for this week.

Kiril Petkov, Prime Minister of Bulgaria, pointed out that the country is also exempt from the embargo until the end of 2024 as its refinery is designed to process Russian oil.

Volodymyr Zelenskyy, President of Ukraine, welcomed the latest package of EU measures, but stressed that the 50-day delay between the last two sets of measures is unacceptable.

Russian Sinara Investment Bank analysts noted that even though “measures announced by the European Union look threatening, we don’t see a crippling impact on the Russian oil sector – neither imminent nor in six months.”

As they agreed on additional sanctions, EU leaders called on the EC to look for ways to rein in soaring energy prices, including “temporary import price caps” to be discussed with international partners.

They expressed support for the Commission’s plan to wean the bloc off Russian fossil fuels in the coming years by focusing on renewables, energy efficiency and energy infrastructure investments.