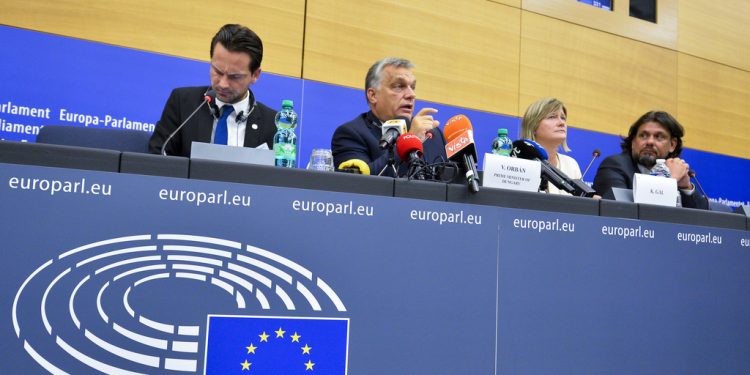 The EU has lacked the means to intervene early when member states backtrack on the rule of law or the application of fundamental rights.

Now the European Parliament has taken the first step towards establishing a permanent monitoring system for EU countries. The new mechanism would allow independent experts sound the alarm to developments that contravene the EU’s founding values.

The legislative initiative adopted Tuesday by the Civil Liberties Committee envisages an EU mechanism to protect and strengthen democracy, the rule of law and fundamental rights. As envisaged, the rule of law monitoring proposal would build on an annual cycle with the aim of preventing any breaches of the EU’s legal order, its values of tolerance, justice and solidarity, and the fundamental rights of its citizens.

Monitoring would be linked to corrective measures, which would be conditionally linked to EU budget payments.

EU institutions (the Commission, the Council and the Parliament) would coordinate by establishing a working group that would hear experts on their country-specific recommendations in cooperation with the Fundamental Rights’ Agency.

Commission to come up with a proposal

“To prevent further democratic backsliding, the EU needs a change of pace to place the protection of its values at the heart of European politics”, Michal Šimečka (Renew, SK), who drafted the initial report, stated. By building on existing initiatives, the new mechanism would “increase the EU’s ability to protect itself”, he said.

The proposal still needs to pass the Parliament’s plenary next month. Still, a majority of MEPs are known to be frustrated with what they consider the ministerial Council’s inability to advance on the Article 7 procedures.

Today, European affairs ministers again discussed the state of play of the Article 7 procedures, pointing out that Hungary and Poland had yet to comply with the requisite conditions. The Commission’s annual report on the state of rule of law does not meet the Parliament’s desire for more intensive monitoring of internal developments in EU countries.

Last year, Commission President von der Leyen committed to building on the Parliament’s initiative with a legislative proposal as soon as a resolution is adopted.

The European Parliament wants a permanent mechanism in place, linked to the EU budget, ready to act in situations when there are signs that good administration, rule of law and democracy are weakening. The mechanism would be similar to that of the European Semester whereby the Commission analyses EU countries’ compliance with budgetary rules.