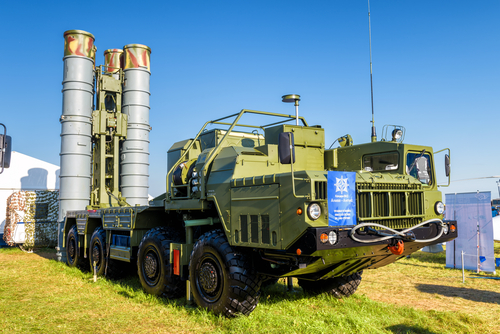 Brussels (Brussels Morning) Turkey’s President Recep Tayyip Erdoğan confirmed his government’s plans to go ahead with the purchase of a second batch of Russian S-400 anti-air missile systems, despite the deep rift his initial purchase caused between Ankara and its NATO allies.

The US booted Turkey from its F-35 next generation fighter jet programme because of the initial procurement of the S-400 system, insisting that there was no place for the Russian anti-air systems and the latest-generation of US stealth aircraft in the same military set up.

Washington also imposed a number of sanctions against Turkey’s Defence Industry Directorate, the agency’s head, Ismail Demir, and three other Directorate personnel as part of its efforts to pressure Ankara into abandoning the Russian technology and return to its US commitments.

Speaking on Sunday, Erdoğan confirmed his country would buy a second batch of the S-400 missiles. “No country”, he declared, should be able to interfere with or try to influence what defence systems Turkey should acquire. “Nobody can interfere with that”, he said, noting that the Turks are “the only ones to make such a decision”.

The US State Department has repeatedly warned that any further purchase of air defence systems from Russia will immediately trigger a fresh wave of sanctions against Turkey. A State Department spokesman emphasised on Monday that “any significant new Russian arms purchases” would likely trigger sanctions separate and in addition to those imposed in December 2020.

In softening its tone, Washington did also note that the US regards Turkey “as an ally and friend”, and would always seeks ways to strengthen their mutual partnership, even while they disagree.

Erdoğan is scheduled to meet with Russia’s President Vladimir Putin on Wednesday. Reportedly, they will discuss issues related to the ongoing violence taking place in northwestern Syria.