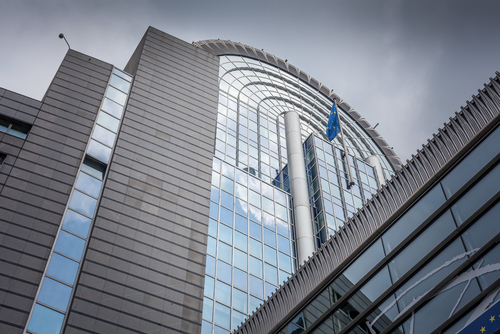 Brussels (Brussels Morning) Hungarian lawyer Klára Dobrev, vice president of the European Parliament, has emerged as an unlikely frontrunner in the first round of unified primaries by Hungary’s opposition parties to select the joint candidate to take on Prime Minister Viktor Orbán in next year’s parliamentary elections.

After tallying votes from around half the constituencies on Thursday, Dobrev emerged ahead of four other candidates with 33.7% of the count. Budapest’s liberal mayor Gergely Karácsony, previously seen as the most likely winner, was in second place with around 29% of the votes.

Conservative Mayor of Hódmezővásárhely, Péter Márki-Zay, the co-founder of the Everybody’s Hungary Movement (MMM), was third with some 21% of the vote. Preliminary results of the opposition primaries were expected later on Thursday.

A coalition of the six largest opposition parties seeks to remove PM Orbán from power in next year’s elections, having joined together in a bid to overcome the demands of the Hungarian election system, which favours large parties.

The opposition parties involved represent a wide spectrum of political beliefs, including the left-leaning Socialists, Dobrev’s pro-EU Democratic Coalition, Karácsony’s liberal greens, and the formerly far-right Jobbik, which has re-invented itself as a centre-right party.

More than 633,000 supporters of the six parties cast their ballots in the primaries, with a second round expected if no candidate finishes with more than 50% of the vote. Dobrev and Karácsony appear to be the most likely candidates to face off in the second round.

Should Dobrev, the only female candidate, be selected, she would then be in a position to become Hungary’s first ever female PM, provided she defeats Orbán in 2022. Most recent polls offer 50/50 odds on the united opposition ousting Orbán’s Fidesz from power, predicting the coming elections will be the closest in decades.