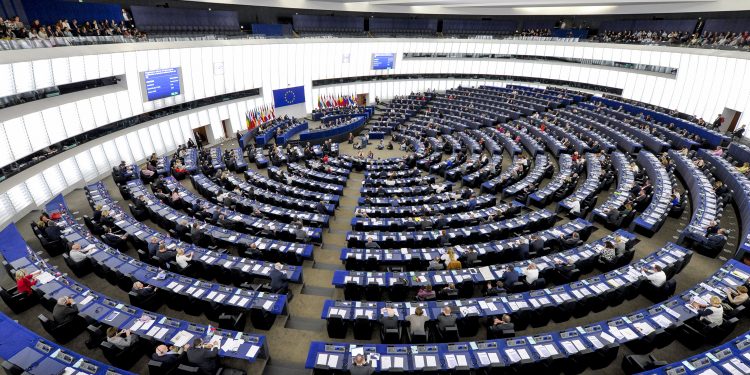 The regular European Parliament session scheduled to take place in Strasbourg, France, next week has been cancelled, EP President David Sassoli announced yesterday. The reason for the cancellation and a proposed switch of venue to Brussels is because Strasbourg is located in a region now designated as a red zone because of a resurgence of coronavirus.

A move to Brussels raises some longstanding issues about the EP’s location in Strasbourg. According to EU regulations, the EP is legally required to hold the monthly four-day session in Strasbourg, a stipulation the host country France maintains must be upheld. Despite this, there has been sustained lobbying by lawmakers seeking to change the rule and switch meetings to Brussels, site of the European Parliament’s other assembly building.

Authorities in Strasbourg had insisted lawmakers attend the session in France, especially since European Commission President Ursula von der Leyen is scheduled to give the annual address to the EP.

EP President Sassoli said French authorities had classified the Lower Rhine department where Strasbourg is located as a red zone in a bid to counter the resurgence of the pandemic. That decision obliges the EP to reconsider the move to Belgium, he said, noting that the number of confirmed coronavirus infections is on the rise in many EU member states.

Sassoli went on to announce that the plenary session of the EP will take place in Brussels, in the more regularly used assembly building, where MEPs work when they are not in Strasbourg.

Yesterday, French Health Minister Olivier Véran pointed out that the COVID-19 situation in the country is a cause of growing concern since the number of new cases has been reaching record levels. French Minister for Europe and Foreign Affairs Clément Beaune and Strasbourg Mayor Jeanne Barseghian expressed regret over the situation and called for a swift return to plenary sessions in Strasbourg.

Many MEPs have expressed concern that moving MEPs, EP staff and interpreters – some 1,500 people – from Belgium to France would present an unnecessary health risk.