by Nikola Kiš
in Features, Parliament 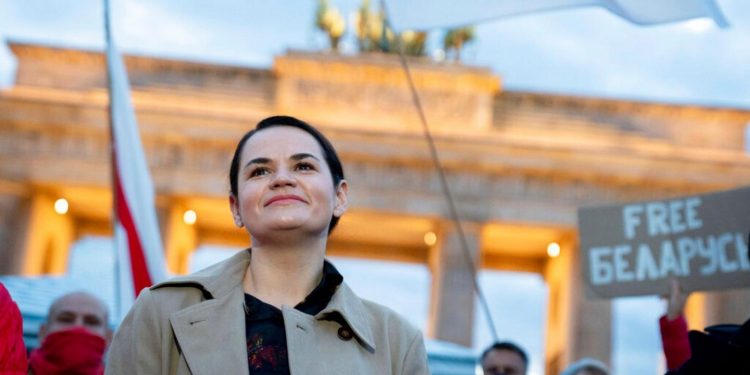 EP President David Sassoli commended Tsikhanouskaya and the opposition movement for their courage, resilience and determination in confronting a formidable adversary and wished them continued strength. With truth on their side, brute force could never defeat them, he observed.

The EU imposed sanctions against Belarusian officials suspected of election fraud and the ensuing crackdown on protests, and made clear it was prepared to impose sanctions against Lukashenko if he refused to enter negotiations with the opposition and stop the repression.

MEPs called for sanctioning Lukashenko this week and demanded that Belarus hold new, internationally supervised elections. They pronounced Tsikhanouskaya’s Coordination Council to be the legitimate representative of the Belarusian people. In the disputed election, Lukashenko won 80% of the vote, while Tsikhanouskaya, who won 10%, refused to recognize the results, insisting the results were manipulated.

Tsikhanouskaya shares the prize with several leading members of the Coordination Council, which was founded after the election with the aim of facilitating democratic transfer of power. The members in question include Nobel Prize laureate Svetlana Alexievich, musician Maryia Kalesnikava, the recently jailed opposition politician Mikola Statkevich and political activists Olga Kovalkova and Veronika Tsepkalo.

EP President Sassoli, in paying tribute to environmental activist Joaquín Morazán Erazo who was killed in Honduras this month, called for a credible, independent and immediate investigation into his death so that those responsible could be held to account.