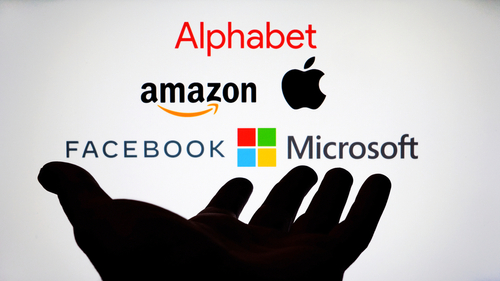 MEP Andreas Schwab said that the EP will debate whether to lower the threshold for determining which companies are subject to the new tech rules, Reuters reported on Wednesday.

Schwab, who is steering the Digital Markets Act (DMA) through the EP, originally proposed applying the new threshold to companies with a market value of at least 65 billion euro that had an EU turnover in the last three years of at least 6.5 billion euro.

“We have not yet found the final compromise but my draft compromise foresees 80 billion euro”, he said. “We hope that there will also soon be European companies with the same amount of money and turnover to be in the scope of the DMA as well.”

The EU’s new tech rules are expected to apply to US tech giants Amazon, Apple, Facebook, Google and Microsoft, but the proposal could mean that some European companies might join the list.

According to the Refinitiv financial technology company, for example, the market value of the Dutch Booking.com online travel agency stands at roughly 85 billion euro.

Rules to rein in big tech

European Commissioner for Competition, Margrethe Vestager, pointed out that the DMA should help the bloc to rein in the big tech gatekeepers.

Schwab said it was important to allow room for national authorities to take action, echoing similar calls by French and German watchdog bodies, but critics have warned that the move could lead to fragmentation.”I believe it is important that we have the right under the DMA for national authorities to go for information requests to the gatekeepers”, Schwab opined, adding “it’s obvious that the gatekeeper designation remains with the European Commission and the larger part of the procedures to be done with the Commission.”