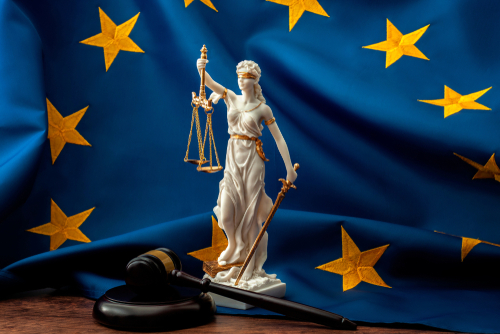 EU ambassadors reached a provisional agreement on Wednesday and the bloc’s ministers are to formally adopt new rules before they come into effect, the EC noted in a statement on Thursday.

“There is an unprecedented mobilisation of national and international prosecutors working together to bring those responsible to justice,” they noted and added that gathering evidence of crimes is important to achieve this.

The commissioners pointed out that evidence of crimes is not safe in Ukraine due to the conflict in the country, adding that “a central back-up storage” should be set up to keep and asses the evidence.

“The swift agreement to reinforce the mandate of Eurojust is another proof of our resolve and unity… we welcome the commitment of the EP and the Council, under the French Presidency, to find an agreement on our proposal presented only last month,” they added.

Eurojust will now be able to serve as this central hub to gather, preserve and analyse evidence of war crimes.

The two commissioners stated that they “remember the atrocities committed in Bucha, Kramatorsk and other Ukrainian cities,” adding that the bloc will do everything it can to bring those responsible to justice.

According to the proposal, Eurojust will have the authority to gather, keep and analyse evidence, exchange it with national and international authorities in line with EU data protection rules and process digital evidence including satellite images and video and audio files.

The EC pointed out that EU ministers still have to formally adopt the amended Eurojust Regulation, after which it will be published and enter into force.

The Commission added that Eurojust “has the necessary expertise in preserving and handling evidence related to war crimes and other core international crimes.”

The body concluded that Eurojust has experience in prosecution of crimes against humanity and war crimes.