Enemies of a true democracy

by Jordi Solé MEP
in Opinion 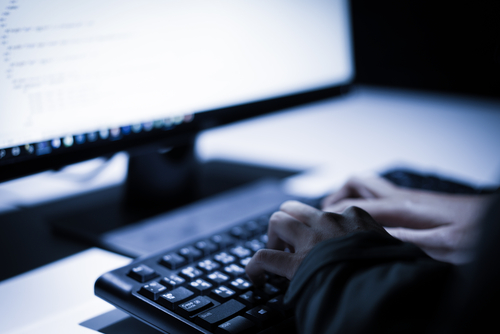 Belgium, (Brussels Morning Newspaper) Who gave the order to infect my phone with Pegasus and thus access to its entire content? What legal protection had had such intrusion if any? Where is the information stolen? What do they want it for? How much public money was spent on that attack?

These are just a few of the questions that arose when some months ago CitzensLab confirmed the infection of my phone with Pegasus, spyware designed by the NSO Group only sold to governments. That confirmed that I, along with other 64 pro-independence Catalans, were victims of what is known today as the CatalanGate, the largest certified case of cyber espionage with spyware to date. These revelations included certified attacks on Catalan politicians, lawyers, journalists, and activists. Among them, are the last four Presidents of Catalonia and the last two Presidents of the Catalan Parliament.

When The New Yorker revealed the CatalanGate, the Spanish Minister for Defence, Margarita Robles, defended the legitimacy of the espionage. But ironically after a few days, the Spanish government informed that Prime Minister Pedro Sánchez and herself were also victims of cyber espionage, allegedly by the Moroccan government.

After that, the currently dismissed Director of the Spanish National Intelligence Centre (CNI), Paz Esteban, confirmed that 18 pro-independence officials had indeed been spied on with judicial authorization. And again, more questions arose: how can political espionage on political opponents be legally justified? What about all the other Catalans with proven Pegasus infection? Did the CNI also spy on them? if not, who did? The Spanish Government must urgently clarify all these questions, and cannot hide under untenable arguments of “national security” or “statesmanship”. What is clear is that massive and illegal espionage against political opponents has no justification, corrodes rule of law and is an unprecedented attack on the fundamental rights. Those who authorize, conduct or legitimize such political espionage are enemies of a true democracy. Therefore the Spanish government must be transparent and hold accountable. In this sense, it is deeply reproachable in democratic terms that the Socialist Party and the People’s Party blocked a Committee of Inquiry in the Spanish Congress about this scandal.

But Spain is not alone in the use of Pegasus software. CatalanGate’s findings are added to the list of victims of Pegasus and similar spyware used by the governments of Hungary and Poland, which demonstrates the extent to which politically motivated espionage is not an isolated situation but a common practice in some Member States. The case of alleged espionage with Pegasus to the current Commissioner for Justice, Didier Reynders, and to Members of the European Parliament – such as my colleagues Diana Riba, Toni Comín, and myslelf – only gives further arguments to demand that the response to this threat must be European, unanimous, since the espionage has compromised the integrity and sovereignty of the European institutions, as well as its political mandate.

The attacks of Pegasus not only highlight serious violations of respect for private and family life, the protection of personal data, or due process, principles and rights protected by the Charter of Fundamental Rights of the European Union but also shows serious deficiencies in the rule of law within Europe. Also from supposedly consolidated democracies, such as the Spanish one.

There is thus a thin line between a deep democracy, which guarantees rights and freedoms at all times, and a democracy that deliberately engage in violations of rights and freedoms. Every time this line is crossed, and no action is taken, the governments that protect these violations feel more empowered to further erode the foundations of European democracy.

I am therefore pleased that the European Parliament has swiftly reacted to the situation by setting up a Pegasus Inquiry Committee, aware of the unquestionable European dimension of the matter. However, in order to clarify the facts, repair the damage to the victims and legislate so that no more abuses are committed, it is now the time for the European Commission to stop looking to another side, and to urge explanations from all governments that illegitimately, and perhaps illegally, have used Pegasus.

We should be aware that when someone is arbitrary spied, not only such individual’s privacy is compromised, but also the fundamentals of our democracies.