Empowering the Roma is good for the whole EU

by Peter Pollák MEP
in Opinion 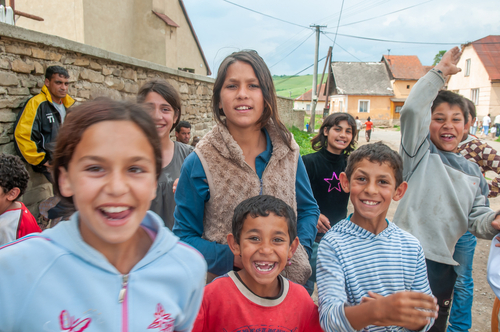 05-16-2018. Lomnicka, Slovakia. A close-up of a Roma or Gypsy group of children smiling in an abandoned community in the heart of Slovakia, living in miserable conditions.

The growing Roma community can no longer be ignored, doing so would have implications for us all, writes Peter Pollák MEP.

Brussels (Brussels Morning) The COVID-19 pandemic has forced us to the International Roma Day in a virtual space for the second consecutive occasion. On any other average year, the European Parliament extends great efforts to hold events, workshops and exhibitions that shed light on the pressing issues facing the Roma in Europe as well as recognise the diversity and Roma culture across the European bloc. I hope such homage will become a reality again. However, there is greater context to the International Roma Day.

This year’s commemoration is also significant as it 50 years since the First World Roma Congress held in the outskirts of London, in Orpington, Kent. It was a legendary event, when delegates from Roma communities across four continents came together. It was held in a difficult political atmosphere of Cold War and the Iron Curtain but symbolised a milestone in the Romani movement as it acknowledged the Roma nation, adopting a flag and anthem providing it a firm identity.

At that time, Roma intellectuals were already dreaming of a better world that would see Roma people treated equally. Unfortunately, we still live in a world where Roma communities are systematically discriminated and who live on the margins of society in enormous poverty and without access to potable water and basic infrastructure. Roma children still struggle to access quality and inclusive education nor their parents’ equitable pathways to decent jobs. Such disenfranchisement while expecting mass success in life is utopia, especially in our present day as Europe runs towards digital and economic transformation.

However, the Roma population represents a significant and growing proportion of the population and of a future workforce. With labour shortages a current problem, wasting the potential of an expanding community is foolhardy. In the digital era, when new developments in the labour market are underway, let’s not leave the Roma behind.

We are standing at the beginning of a new decade of policies aimed at improving Roma equality, inclusion and participation in our societies. This is not an endeavour where we are starting from scratch with mistakes, failures as well as successes committed over the past 10 years. Let us learn from these mistakes and build on the successes with a way ahead. However, to make the EU Roma inclusion process credible and successful, a fundamental change in approach is vital. First, it must go beyond an empty declaration.

Ambition and good intentions are not enough, but rather the efficacy of policies and impact of measures for tangible and long-lasting results — something the COVID-19 pandemic has taught. It is hard to believe, that after the previous EU multiannual financial period of 2014-2020, during which a million euros have been spent to improve the living conditions of marginalised Roma communities, there are still millions living without access to drinking water and basic sanitary services.

Under such damning public health implications, it is impossible to impose the burden of maintaining the requisite hygiene standards needed to stop the spread of COVID-19 or other viruses.

Social inclusion goals can no longer be treated as “business as usual”. Deepening social disparities are also contributing to the increase of anti-Gypsyism and hate proliferating in our societies. That has implications for us all. The EU can no longer ignore the plight of the Roma or the wider social reverberations; doing so would risk its credibility to its citizens and reputation to the outside world.