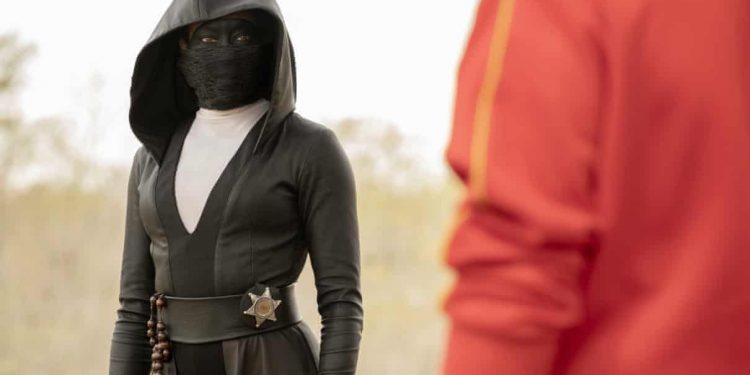 The show, based on Alan Moore’s source material, scored nominations for best limited series as well as for stars of the show including Regina King, Jeremy Irons, Jovan Adepo and Jean Smart. With Game of Thrones now over, after it spent the last two years dominating the awards, the show has helped HBO reach 118 overall nods.

The other shows within the best comedy category are Curb Your Enthusiasm, Dead to Me, The Good Place, Insecure, The Kominksy Method, Schitt’s Creek and What We Do in the Shadows.

While HBO and Amazon shows lead the way, overall Netflix comes out on top with 160 nominations, up from 118 the year before. It marks the biggest ever total for any network or streaming company. The platform’s biggest success was Ozark, which scored 18, including for best drama and for stars Jason Bateman and Laura Linney. It was tied with HBO’s Succession, the second season of which received nominations for best drama, as well as for stars including Brian Cox and Jeremy Strong.

The two shows face off in the drama category against Better Call Saul, The Crown, The Handmaid’s Tale, Killing Eve, Stranger Things and The Mandalorian, which made a surprise showing today, scoring 15 nominations, a strong start for the firsrt qualifying year of Disney+.

There was also a solid start for Apple TV+ with the platform’s starry drama The Morning Show bringing in eight nominations, including for Steve Carell and Jennifer Aniston. The Friends star will compete against Zendaya, who received a surprise nod for the first season of Euphoria, as well as Linney, Killing Eve’s Jodie Comer and Sandra Oh, and The Crown’s Olivia Colman.

One notable snub was Reese Witherspoon, whose performance in the show as well as Hulu drama Little Fires Everywhere and Big Little Lies were all ignored. Instead, both Laura Dern and Meryl Streep picked up best supporting actress nods for the second season of the HBO hit.

Other movie stars who made an appearance included Hugh Jackman for his role in TV movie Bad Education, Cate Blanchett for her role in Mrs America, Octavia Spencer for Netflix miniseries Self Made, Mark Ruffalo for I Know This Is True and Mahershala Ali for his performance in Ramy.

There was a strong showing for British talent including Paul Mescal nominated for Normal People, Dev Patel for Modern Love, Andrew Scott for Black Mirror and Matthew McFadyen for Succession.

The biggest snubs includes a no-show for the critically acclaimed final season of Homeland, nothing for Pamela Adlon and Better Things, a shut-out for Elisabeth Moss for The Handmaid’s Tale and a lone cinematography nod for HBO’s well-received adaptation of Philip Roth’s The Plot Against America.