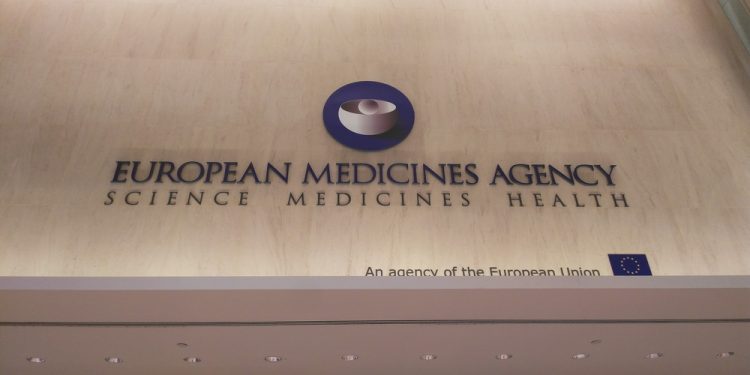 Brussels (Brussels Morning) The European Medicines Agency (EMA) has approved the use of the COVID-19 vaccine Comirnaty, which was developed in partnership between the US company Pfizer and the German BioNTech company, Reuters reports.

Yesterday’s formal approval of the Pfizer/BioNTech vaccine means that the medicine can legally be rolled out in the EU, with first inoculations possibly starting with a week, a milestone in ongoing efforts to battle the coronavirus pandemic. . .

The EMA has recommended the vaccine for persons aged 16 and above, the age range extensively tested during the clinical trials of the vaccine. Comirnaty is designed to be administered as two separate shots, the second one taken at least 21 days after the first dose.

A total of 44,000 people participated in the vaccine trials, and the results showed that the efficacy of the vaccine stood at some 95%. Only 8 out of 18,198 trial participants receiving the vaccine developed COVID-19 symptoms, compared to 162 out of 18,325 participants who received placebo shots.

According to EMA release, the trial showed same efficacy among participants at risk of severe symptoms, including those with asthma, chronic lung disease, diabetes, high blood pressure or a high body mass index.

The most commonly reported side effects were mild to moderate and included pain and swelling at the injection site, tiredness, headache, muscle and joint pain, chills and fever. Most side effects got better within a few days after vaccination. EMA notes that the safety of the vaccine will continue to be monitored through the EU pharmacovigilance system, which is used among Member States.

The approval comes at the moment when reports of a new, mutant strain of the coronavirus surfacing in the United Kingdom have caused many EU countries to shut down their borders to travellers and goods from the UK.

Despite concerns raised about the new strain, EMA officials remain optimistic that the newly approved vaccine will most likely be effective against the new variant of the virus as well. Looking ahead, EMA executive director Emer Cooke warned that it will take a long time to inoculate the 450 million residents of the 27 EU countries.

“Vaccines alone will not be the silver bullet that will allow us to return to normal life,” Cooke observed. “But the authorisation of this first vaccine is definitely a major step in the right direction, and an indication that 2021 can be brighter than 2020.”

First shots by end of year

The EU has already ordered 200 million doses of the vaccine, enough to vaccinate 100 million people, at 15.50 euro per dose. Another 100 million doses are to be purchased. However, the timetable for delivery is still to be negotiated.

Last week, Germany, France, Italy, Belgium, Luxembourg, the Netherlands, Spain and Switzerland announced that they would be coordinating efforts to distribute COVID-19 vaccines. Many EU countries, among them Germany, France, Austria and Italy, indicated they plan to start vaccinations from 27 December, catching up to US and UK where vaccination campaigns started earlier this month.

The biggest problem with the Pfizer/BioNTech vaccine remains a logistical one.  Due to the need to store it at -70 degree Celsius, the medicine cannot be transported using standardised containers and procedures. Since this is a much lower temperature than is available in standard medical freezers, companies are being forced to develop special containers for transport.

To date, coronavirus has accounted for 470,000 European deaths. It has wrought havoc on the economy, with the latest wave, which started in the winter months, now picking up the pace. As they awaited the vaccines, EU governments have been imposing stricter and stricter restrictions to protect their healthcare systems from being overwhelmed by fresh infections. Measures have included drafting student medics and retired doctors to help ease the burden.