Egypt-brokered truce between Israel and Hamas comes into force 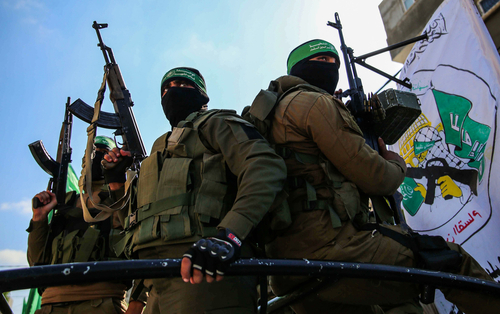 Brussels (Brussels Morning) An Egyptian-brokered ceasefire between Israeli military and the Palestinian Hamas militants came into force on Friday, after 11 days of fierce conflict that saw the largest death toll in years, France24 reported.

According to the Hamas-run health ministry in Gaza, the Israeli air strikes campaign resulted in the deaths of 232 Palestinians, devastated thousands of homes and disabled critical infrastructure, including internet and healthcare services. Meanwhile, the thousands of Hamas missiles fired on Israeli residential areas caused 12 death in Israel and wounded hundreds.

During the countdown to the 2 AM ceasefire, both sides took the opportunity for a final round of fire, with Palestinian rocket salvos continuing, and Israel carrying on at least one air strike in the Gaza area.

Relief on both sides

France24 correspondent Gallagher Fenwick noted both sides experienced “a lot of relief” as the ceasefire came into force. This was especially true among Gaza’s civilian population. “On the Palestinian side, a very exhausted and desperate population welcomes this truce with open arms”, Fenwick reported.

Hamas characterised the outcome of the conflict as a successful resistance against a militarily and economically stronger foe. A senior organization figure said that Israeli Prime Minister Benjamin Netanyahu and the world “should know that our hands are on the trigger and we will continue to grow the capabilities of this resistance”.

Analysts believe the goal of the Hamas rocket campaign was to marginalise its political rival, the Western-backed Palestinian President Mahmoud Abbas, who remained a marginalized figure during the 11-day conflict. Compared to the militant Hamas, his Palestinian Authority continues to exert little influence over Gaza.
The Egypt-mediated truce came about without fulfilling one of the main Hamas demands – an Israeli drawdown in Jerusalem. Reuters reported an Israeli official as denying that there was any such condition included in the truce.