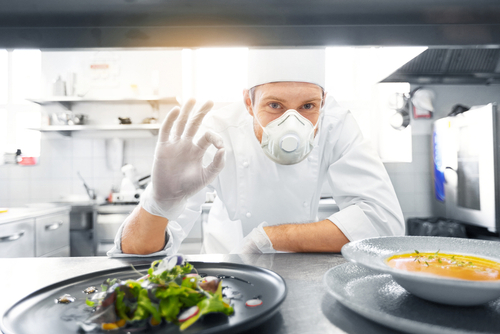 Brussels (Brussels Morning) A recent report from the European Food Safety Agency (EFSA) reveals a drop of pesticide residues found in a select number of food products consumed in the EU from a total of 96,302 samples analysed in 2019.

EFSA’s report states that 96.1% of the samples analysed fell within legally permitted levels.

In a subset of 12,579 samples, part of an analysis conducted by the EU-coordinated control programme (EUCP), 98% were within legal limits.

Of the samples, 53% were free of quantifiable levels of residues, 45% contained one or more residues in concentrations below or equal to the levels permitted. Finally, 2% contained pesticide residues exceeding the legal maximum, of which 1% prompted legal actions, according to EFSA.

However, strawberries, head cabbages, wine grapes and swine fat were shown to have registered increased levels of residues in the course of the past three year period.

The European Commission forbade the authorisation of Mocap since September 2009 on the grounds that it was “highly toxic”. However, Nikolay Rosnev, the deputy executive director of the Bulgarian Food Safety Agency (BSFA) authorised the use of the pesticide in December 2020.

“Bulgarian authorities allow its use without taking any responsibility for the consequences”, Ahchieva reported.

The Bulgarian move is not illegal, however, since the EU regulation on marketing plant protection products allows the use of restricted pesticides under “special circumstances” for up to 120 days.

Environmental NGOs have long complained about the decision that allows member states to bypass EU bans on pesticides on grounds that they are open to abuse and undermine the purpose of control restrictions.

Another point of concern for environmental advocates relates to the Commission’s approach to risk assessment procedures. In December 2020, the NGO Pesticide Action Network (PAN) Europe denounced the practice by which the EU executive approves active substances while allowing applicants to submit specific data at a later stage.

“PAN Europe estimates that about 200 active substances that represent a danger for the EU environment and biodiversity have been authorised by the European Commission in an unlawful way”, Hans Muilerman, PAN’s chemical coordinator declared.

In some cases, Muilerman said, there was “complete disregard” for assessments by the scientific authority EFSA, which had previously identified them as “unsafe”.

As recently as 25 March, the EU food agency announced new rules on transparency and sustainability, which, according to Bernhard Url, EFSA’s Executive Director, are set to transform “the way EFSA carries out its role as risk assessor in the EU food safety system”.