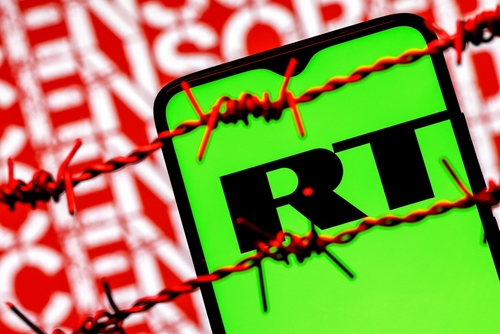 US tech giant Google featured the EC’s request for censorship in its public database of such requests, stressing that disclosure of such demands from governments is a long-standing company practice, today’s Wall Street Journal reported.

The e-mail shows that EU sanctions aimed at limiting access to Russian media extend beyond TV channels and online feeds.

An EC spokesman stressed that the executive body’s ban applies to all channels of distribution, including internet service providers.

A spokesman for RT France warned that such media bans have “no legal basis and violate the principle of free expression.” According to court filings, RT’s French outlet has brought the case before the Court of Justice of the EU (CJEU).

As part of EU sanctions against Russia, telecommunications companies are obliged to remove RT from TV services in the bloc and have, at least in some EU member states, blocked access to Russia’s state-owned media’s websites.

The Commission’s request for censorship stressed that it should include internet search engines since they “facilitate the public’s access to the content of RT and Sputnik.”

Today, Google search results in Europe for RT and Sputnik returned reports about the banning of the outlets and other references to them, but did not return links to their websites.

When it came to search results for the same query in the US, the links remained among the top results.

The Commission stressed that reports about Sputnik and RT should not be censored, noting that internet providers and social media companies must distinguish between content of these outlets and content produced by the users. In doing so, the EC did admit “that line might be difficult to draw in certain cases in practice.”