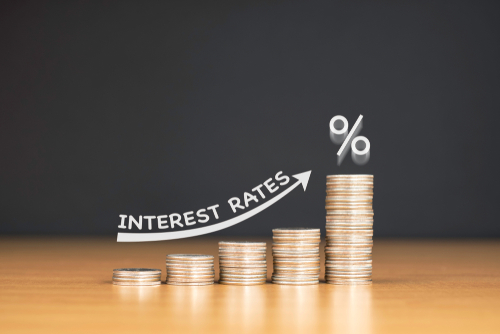 They suggested that the ECB will be among the last major central banks to up interest rates after the coronavirus crisis, according to Reuters reporting.

The surveyed economists did indicate that there is a possibility that the rate rise could happen sooner. The ECB stressed that the inflation surge is transitory and added that it plans to tighten fiscal policies after an inflation rate averages at roughly 2%.

Bas van Geffen, quantitative analyst at Dutch Rabobank, noted “our baseline forecast is for the ECB to remain on hold through 2024”, based on their assessment that inflation “is indeed transitory” and expectations that the ECB would continue to see it as such.

“But against the backdrop of higher inflation uncertainty, this does skew risks to an earlier move”, he concluded, by way of explaining why “we consider current market pricing of a rate hike next year as excessive.”

While most major central banks are preparing to tighten their fiscal policies, including the Bank of England and the US Federal Reserve, the ECB is not as close to reversing its expansive policy.

The ECB took its first steps towards a tighter fiscal policy in September, when it announced plans to reduce emergency bond buying this year and end it in March next year.

Some two-thirds of the economists who took part in the poll predicted that slower than expected GDP growth presents the largest threat to the eurozone economy, while the remainder pointed to persistently high inflation.

Dutch ING Group chief economist Peter Vanden Houte noted that “although COVID-19 is now more or less under control, other headwinds are slowing the pace of the eurozone recovery – supply chain distortions have not disappeared, while surging energy prices will also weigh on growth.”