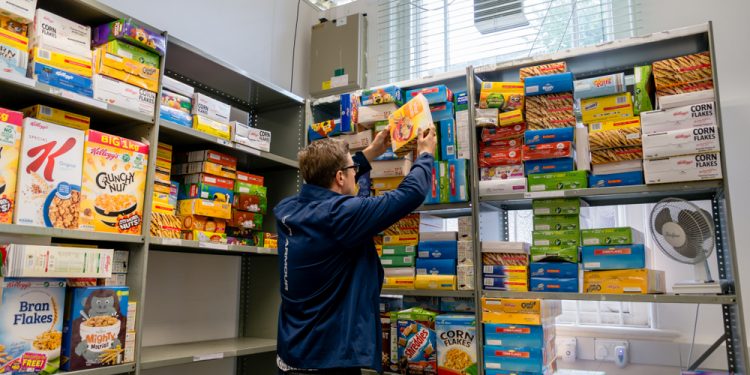 Brussels (Brussels Morning) Food lines have been lengthening outside Milan’s food banks and help centres, an ominous sign in Italy’s financial capital of the economic devastation the coronavirus crisis is having on growing numbers of Italian citizens, Reuters reported Monday.

The first European country to be hit by the coronavirus, Italy has seen its already-troubled economy shrink considerably in the course of 2020. The Bank of Italy expects the GDP to drop 9% this year.

Even in the city known as the engine that drives the Italian economy, more and more citizens are being forced to ask for help as the latest wave of lockdowns toppled many who were barely  managing over the edge.

The charity centre run by local aid group Pane Quotidiano has been open seven days a week, from 9 a.m. to 11 p.m., handling an average of 800 people per day. According to the group’s vice president Luigi Rossi, the numbers have gone up during this latest phase of the pandemic.

Milan is especially hard-hit because of the cancellation of the trade fairs, which, prior to the crisis, were such a significant contributor to the city’s economy. Despite the government imposed a firing freeze with support to businesses furloughing employees, this provided no relief to a significant segment, people employed without official contracts, working for cash payments, among them,  the home carers, cleaners, hospitality staff and many others.

Subsidised furloughs and the firing freeze have helped keep the official unemployment figures stable. While some 13,000 people lost their jobs in October, unemployment remained unchanged at 9.8%.

With the food lines growing in Milan, the Bank of Italy recently lowered its prediction for GDP growth in 2021 to 3.5%, significantly less than the 4.8% it forecast previously, indicating that the return to pre-corona levels could take years.

Meanwhile, economic experts are sceptical that the government will be able to leverage the use of the EU coronavirus relief funds. They claim that it remains questionable whether Italy will be able to draw upon all the available funds, and whether higher spending can fix the problem of low productivity rates.