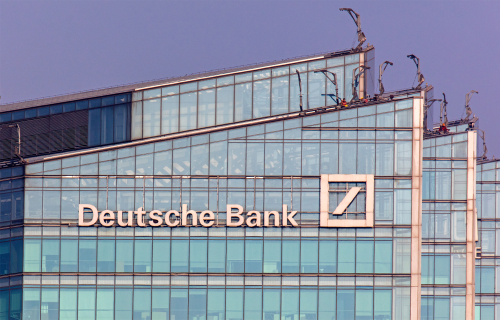 Brussels (Brussels Morning) The European Central Bank (ECB) is putting more and more pressure on Deutsche Bank to name a successor as soon as possible to its chairman Paul Achleitner, who retires in less than a year.

Citing two people informed of the bank’s internal developments, Reuters reports that the ECB has asked Deutsche Bank several times in recent months to speed up the process of finding a new chairman, fearing the bank could find itself in a bind without sufficient time to properly vet Achleitner’s potential replacement.

The 64-year old Deutsche Bank executive has been chairman for ten years, during which time the bank changed two CEOs, faced billions of euro in losses, and was forced to pay huge fines over some of its controversial business practices. Achleitner himself faced three shareholder votes of no confidence as the bank’s chairman, ultimately surviving all three.

Deutsche, one the biggest global lenders, returned to profitability recently, but it remains under close scrutiny of regulators guarding the global financial system. In the past, the bank’s money laundering controls were revealed to be overly lax, and the German financial watchdog BaFin ordered the bank to enact further safeguards in April. BaFin also extended the mandate for a special monitor to keep track of the bank’s progress.

The bank was forced to pay nearly 700 million dollars in fines to US and British regulators in a money laundering case involving some 10 billion dollars in mirror trades from Russia. The US Justice Department also investigated Deutsche Bank’s role in the 200-billion euro Danske Bank money laundering scandal. The bank’s officials insist that its internal controls have improved significantly since.

Bank insiders claim that Deutsche should be ready to announce a successor to Achleitner by February or March next year, but ECB’s chief supervisor Andrea Enria would prefer it if the bank made its choice far sooner. A March announcement, only two months away from Achleitner’s planned retirement, would leave no room for contingencies should the chosen candidate fall through.