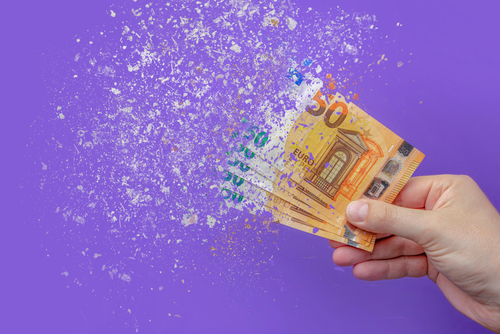 Speaking at the World Economic Forum (WEF) meeting in Davos on Thursday, she stressed that the ECB was determined to “stay the course,” implying more rate hikes are to follow, according to Financial Times reporting.

Commenting on expectations of financial markets that the ECB will slow down the pace of rate hikes, she advised them to rethink their views. “I would invite [financial markets] to revise their position; they would be well advised to do so,” she stressed.

After Lagarde’s speech, the euro strengthened 0.2% against the US dollar and the borrowing costs of eurozone members increased.

The ECB Governing Council is to meet at the start of February and is expected to implement a rate hike of 50 basis points, with Lagarde’s statements suggesting a further 50-point hike at the following meeting in March.

The ECB upped interest rates 2.5 percentage points in 2022 in an effort to rein in soaring inflation, which was more than five times over the ECB’s target of 2% and peaked at 10.6% in October.

Inflation is still too high

Core inflation, which does not include energy and food prices, increased from 5% in November to 5.2% in December, while headline inflation dropped.

Lagarde pointed out that “inflation, by all accounts, is way too high” and stressed that ECB’s rates will have to be “in restrictive territory” long enough to rein in inflation in “timely manner.”

She expressed hope that resilience of the eurozone labour market would lead to higher wages. “The job market in Europe has never been as vibrant as it is now,” she noted and pointed out “the unemployment number is at rock bottom compared with what we’ve had in the last 20 years.”

Lagarde concluded that she is happy with positive signals from the economy, noting “the news has been much more positive over the past few weeks.”

“Virtually all ECB officials appear to be united in their fight against inflation, doves and hawks alike,” he concluded.