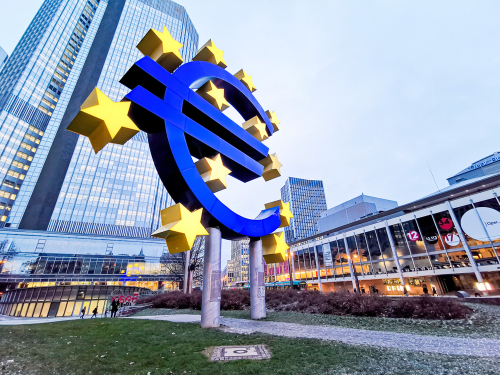 Brussels (Brussels Morning) The European Central Bank (ECB) is to discuss policy changes next week in an effort to bring them into line with the bank’s new strategy, according to the bank’s policymakers.

The move is intended to reassure investors that fiscal policies will remain expansive and to reaffirm the EC’s commitment to reviving inflation, which for most of the last decade remained below the ECB’s target.

On Monday, ECB President Christine Lagarde, Vice President Luis de Guindos and the Governor of the Bank of Portugal, Mário Centeno, asserted that the ECB will incorporate the new strategy into its policy guidelines at the 22 July meeting.

“Given the persistence that we need to demonstrate to deliver on our commitment, forward guidance will certainly be revisited”, Lagarde observed. Current ECB policy indicates that the bank intends to keep interest rates at record-low levels and will continue to buy debt until the inflation outlook reaches target levels.

Centeno expressed support for decoupling the ECB’s asset purchase programme (APP) from interest rates. He stressed that “in the current format, one of the decisions is anticipating the other in a way that I don’t think is effective.”

Lagarde insisted it was too early to dial back stimulus, adding that the ECB’s Pandemic Emergency Purchase Programme could “transition into a new format” next year. “We need to be very flexible and not start creating the anticipation that the exit is in the next few weeks, months”, she cautioned.Citing the epidemiological trends, de Guindos commented that “the spreading of virus mutations in some EU countries shows we should not be complacent about the observed rise in confidence but [should] continue the path of policy support”.