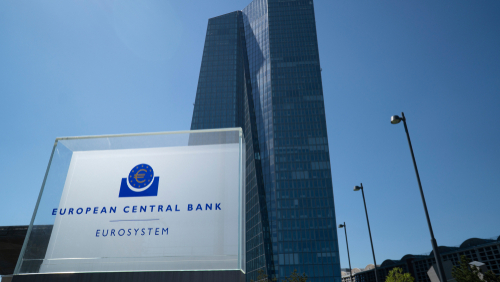 FRANKFURT, GERMANY - MAY 10, 2017: Close up of the sign at the European Central Bank in Frankfurt Germany where monetary policy for Europe and the Eurozone is made.

Brussels (Brussels Morning) The European Central Bank (ECB) hopes the economic impact of the Pandemic Emergency Purchase Programme will be sufficient to justify its 1.85 trillion euro outlay, according to ECB policymaker and Bank of Portugal governor Mário Centeno, as reported by Reuters on Monday.

He was confident that the ECB’s money-printing scheme has been “quite successful” thus far and said the bank would adjust the scheme on a monthly basis in order to meet the challenges raised by the coronavirus crisis.

Centeno acknowledged the effects pandemic restrictions imposed to curb the spread of the virus have had on economic recovery in the EU and noted that the situation is volatile.

Scheme to be adjusted monthly

“The decision is going to be taken on a monthly basis, because we can adapt the baseline amount up or down depending on market conditions,” he stressed.

Centeno noted that some EU member states had revised economic growth for the final quarter of last year, which could offset some negative economic effects at the start of 2021.

He reiterated the ECB hope that its 1.85 trillion euro programme would be vindicated by economic returns in the second and third quarters this year.

Centeno said while that the ECB Governing Council supports the plan unanimously, it remains flexible about how much of the funds should be used up.

Commenting on the volatility of the situation, he underscored how “the second and third waves of the pandemic show us we are still under emergency procedures, not yet out of the woods – we are very far from that yet and we must keep all our policies actively in place”.

As far as the Next Generation EU spending package is concerned, Centeno said approval is taking longer than the ECB might wish but that it was important to let the EU process run its course.

The EU’s monetary policy can best help deal with the crisis when complemented with fiscal measures, he observed.