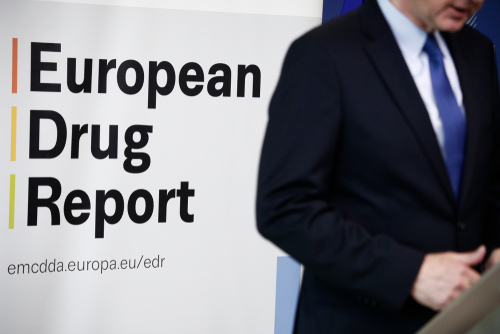 Brussels, Belgium. 7th June 2018. Press point by EU Commissioner Dimitris Avramopoulos and director of the EMCDDA, Alexis Goosdeel on the launch of the European Drug Report 2018.

Belgium, (Brussels Morning Newspaper) The European Commission welcomed the agreement between the EU Parliament and the EU Council on new health rules.

The EC stressed in a statement on Thursday that new rules will provide a legal framework to direct joint responses, risk assessment, preparedness, and surveillance, among others.

Margaritis Schinas, European Commissioner for Promoting the European Way of Life, stressed that the “EU Health Security Framework will allow us to detect, prepare and respond much better to future pandemics or other serious health threats.”

He called on EU institutions to adopt the new rules as soon as possible.

Stella Kyriakides, European Commissioner for Health and Food Safety, pointed out that the EC has delivered “on our political vision for a strong European Health Union.”

She reminded that the EC strengthened EU agencies and created new authorities over the last two years, stressing that the latest addition is the most important part of the new system.

“COVID-19 is still with us and we see emerging health threats like monkeypox, against which our Health Union is needed today more than ever,” she stated.

The EC pointed out that new rules will improve response planning and preparedness by creating “an improved, flexible and integrated surveillance system.”

“It also increases the capacity of the Union and its member states to do accurate risk assessments and takes targeted response actions, including joint procurement of medical countermeasures, such as vaccines and therapeutics,” the body continued.

The EC reminded us that it reinforced the mandates of the European Medicines Agency (EMA) and the European Centre for Disease Prevention and Control (ECDC).

It added that the EU Council and EU Parliament still have to formally adopt new rules before they enter into force.

The Commission reminded that it proposed an EU Health Union at the end of 2020 to focus on prevention, preparedness, and response to any health crises.

It pointed out that the political agreement between the EP and EU Council opens doors to the adoption of new regulations that will strengthen the role of the ECDC.

The body concluded that its proposals “reflect the lessons learned from COVID-19 and form the basis for a strong EU Health Union.”