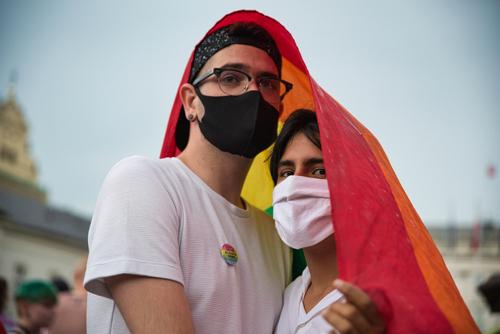 Councils of the five Polish regions in question confirmed on Monday that they received a letter from the EC, according to Reuters reporting.

The Commission has been threatening to limit access to EU funds to Poland and Hungary, and launched legal action against the two EU member states over what it sees as discrimination against lesbian, gay, bisexual and transgender people.

“The Commission would like to stress that declaring LGBTIQ-free/unwelcome territories, workplace or services constitutes an action that is against the values set out in Article 2 of the Treaty on European Union,” the EU executive noted in the letter.

It added that additional funding for the regions under the EU COVID-19 recovery scheme will be denied until they respond to the letter.

The money is part of the bloc’s Recovery Assistance for Cohesion and the Territories of Europe (REACT-EU) scheme under which Poland is to receive more than 1.5 billion euro.

Lublin and Lesser Poland voivodeships recently voted in favour of remaining LGBT ideology-free zones. A Lublin Voivodeship spokesman noted that the region is analysing the EC’s letter and will prepare an answer.

Some Polish local government units declared themselves LGBT ideology-free zones in 2019, looking to ban what they describe as promotion of minority sexual identities, especially in schools.

Besides the ideological dispute, friction between Poland and the EC is rising over legal issues as Warsaw and the EU executive disagree on primacy of national constitutions over EU rules.

The Commission warned that Poland is risking access to EU recovery funds by questioning the primacy of EU regulations.