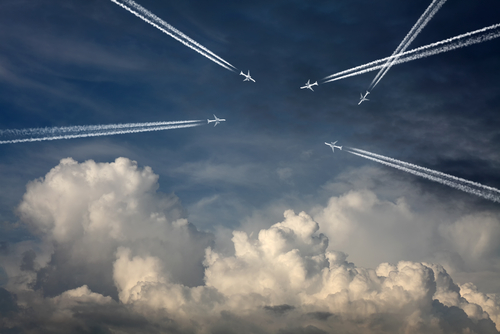 In a statement released on Thursday, the EC pointed out that Russia’s rule violations jeopardise security and safety of civil aviation, calling on Moscow to cease its infractions immediately.

The ICAO pointed out that Russia is violating Ukraine’s airspace as well as several safety requirements with the aim of circumventing EU sanctions.

The UN body stressed that Russian authorities allow double registration of aircraft stolen from leasing companies and permit Russian airlines to fly these aircraft internationally without valid certificates of airworthiness.

Adina-Ioana Vălean, European Commissioner for Transport, stressed the importance of defending the international aviation rules-based system with the aim of protecting crew and passengers.

“Russia continues to disrespect the fundamental rules of international aviation and to instruct its airlines to work against these rules,” she pointed out and added “I welcome the ICAO Council’s clear condemnation, which reflects the gravity of the actions undertaken by Russia.”

Josep Borrell, High Representative of the EU for Foreign Affairs and Security Policy, noted “the aim of EU sanctions, in addition to all our other actions, is to stop the reckless and inhuman invasion by Russia of Ukraine.”

He welcomed ICAO’s report, “which points to another example of Russia’s blatant disregard of international rules and standards, putting the lives of people at risk, including Russian citizens.”

On Wednesday, the ICAO informed its 193 member countries about Russia’s violation of international rules and announced plans to discuss the issue at the coming assembly which is to take place from 27 September to 7 October this year.

The ICAO was the first UN agency that condemned Russia for the war in Ukraine. In mid-June, it issued a significant safety concern against Russia over its treatment of stolen aircraft.

The measure is reserved for warning about the most severe violations of international safety rules.

The ICAO Council, the UN agency’s governing body, issued a ruling against Russia on 22 June, with the EC pointing out that the ruling is “wider than the issues covered by the significant safety concern and also covers the airspace violations committed by Russia.”