EC to investigate €1bn worth of missing lumber in Croatian forests 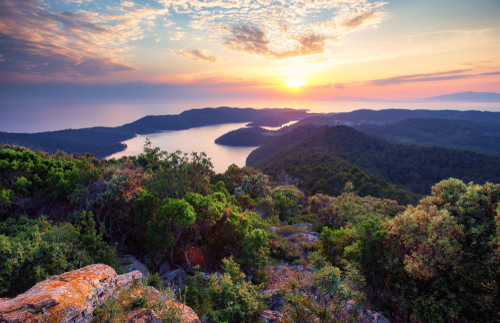 Zagreb (Brussels Morning) A Croatian NGO has collected extensive evidence indicating that the national forestry management company Hrvatske šume (HŠ) is engaging in illegal deforestation practices, in breach of the provisions of the Natura 2000 directives for protected areas, while forging documents to conceal its activities.

According to a report by the VIDRA association’s Green Squad Forum, based on actual situations in managed forests revealed in satellite images and recorded in the field, coupled with whistleblower reports, at least 17 million cubic metres of lumber worth an estimated one billion euros has gone missing from the national forest stock in the past decade.

In one example, HŠ removed indigenous trees from large swathes of Bilogora forest under the pretense of providing environmental protection, treating linden, acacia, birch, wild cherry and other tree species as dispensable, ostensibly leaving behind only commercially valuable wood.

Huge areas of healthy forests were reportedly felled in the past two years under the pretense of pest control, using forged documents and often without appropriate inspection. In many instances, HŠ reportedly attempted to conceal the overall levels of deforestation by backdating reports, falsely presenting data that in fact related to previous levels of forest sections and segments.

In several of the recorded cases cited in the report, HŠ failed to inform its subcontractors of the relevant FSC or Natura 2000 provisions and did not require them to observe their directives, which led to repeated breaches. The company has also been operating without a current General Forestry Holding Management Plan, none having been put in place since the previous plan expired at the end of 2017. There are also suspicions of misuse of EU funds.

“We are appalled by the proportions of devastation over the years”, the NGO report states. It warns that the apparent crime “threatens to grow into an ecological disaster with tragic and unforeseeable consequences”.

“We have images and data for two thousand fields in Croatia… all bigger than ten hectares, where all trees have been cut down”, NGO head Vesna Grgić told Croatian media. He also noted that HŠ official documents showed the company planned cutting 16% more stock than the expected fresh growth.

The NGO provided the evidence it had amassed to the relevant bodies and informed the Speaker of Parliament, Gordan Jandroković, and Prime Minister Andrej Plenković in writing in the course of 2018 and 2019. However, no action was taken by the authorities.

Austrian MEP Thomas Waltz forwarded all the findings to the European Commission in late March, calling for immediate infringement procedures.