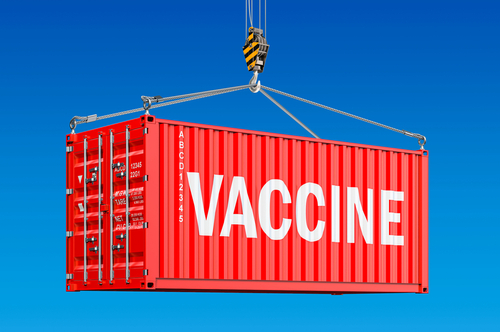 Brussels (Brussels Morning) The European Commission threatened on Wednesday to clamp down on vaccine exports from the bloc, accusing other vaccine-producing countries of not being sufficiently transparent about their own exports, Reuters reported.

“If this situation does not change, we will have to reflect on how to make exports to vaccine-producing countries dependent on their level of openness”, EC President Ursula von der Leyen told  a press conference. “We are ready to use whatever tools we need to deliver on that”, she warned, adding that the EU would “reflect on whether exports to countries who have higher vaccination rates than us are still proportionate”.

Von der Leyen’s remarks were seen as an indirect if thinly disguised jab at the US and the UK, both of which are scoring higher vaccination rates than the EU average, while keeping measures in place to ensure that the vaccines produced in their jurisdictions first go to their citizens.

According to EU data, in the six weeks since 30 January, when the EU introduced a system requiring authorisation for vaccine exports from the bloc, European drug manufacturers exported some 9 million vaccine doses to the UK, and 1 million to the US from production facilities located in the EU.

“This shows that Europe is trying to make international cooperation work”, von der Leyen said. “But open roads run in both directions. And this is why we need to ensure that there is reciprocity and proportionality”.

The EU is still struggling with the vaccine rollouts in most of its member-states, as AstraZeneca continues to reduce its planned shipments to the bloc, under pressure from UK-negotiated  contract to fulfill its quotas in that country.

In defence of the US, von der Leyen did note that it currently does not export or import finished vaccines. However, she did point out that there is a “seamless back and forth of pre-products, raw materials and drug substances”.

According to a Commission spokesperson, the principle of reciprocity would apply to all types of vaccines, in effect allowing the EU to cut off delivery of EU-produced Pfizer vaccines to the UK unless London agrees to free up exports of  AstraZeneca vaccines to the bloc.

Britain has responded by calling on Brussels to “stand by its commitment not to restrict exports by companies where they are fulfilling their contractual responsibilities”, in an obvious reference  to AstraZeneca.

Foreign Secretary Dominic Raab said he was surprised the two sides were having this conversation. “It is normally what the UK and EU team up with to reject when other countries with less democratic regimes than our own engage in that kind of brinkmanship”, Raab declared.