EC starts legal action against Hungary over its anti-LGBT law 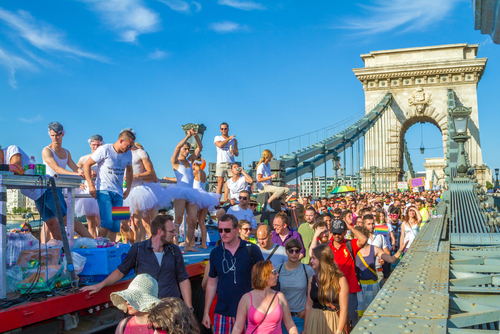 Brussels (Brussels Morning) The European Commission launched legal action against Hungary on Thursday over the country’s controversial law that criminalises the depiction and promotion of homosexuality to minors. In a separate case, the Commission also initiated a procedure against more than 100 Polish regions which declared themselves to be “LGBT-ideology free zones”.

The Hungarian law, which came into force earlier this month, was supposedly intended to protect children from paedophilia, but was amended by the ruling centre-right Fidesz party to include provisions banning all “promotion or depiction” of homosexuality that might be available to minors.

The vague wording of the law, which many consider was intentional, means that not only will children not be able to receive or access education about homosexuality, but also that many popular movies, series and other media will have to be moved into late-night slots. Such is the ambiguity that waving a rainbow flag or holding a parade in broad daylight might also be considered a breach of the law.

The law was met with fierce criticism from western EU member states. Commission President Ursula von der Leyen termed it “disgraceful”, calling upon Hungary to scrap the discriminatory piece of legislation and threatening to bring “the full force of EU law” against it should Hungary persist with it.

On Thursday, the Commission initiated an infringement procedure against Hungary, sending a letter conveying its legal arguments. Hungary has a deadline of two months to respond. The next step, should the Commission’s demands remain unsatisfied, would be to raise the case to an EU court.

According to the Commission, Hungary failed to justify the restrictions set in its controversial law, hence making it discriminatory against a particular group, which amounts to a breach of European laws.

Regarding Poland, the Commission accused the country of not cooperating with its earlier request to provide detailed information on the so-called “LGBT-ideology free zones”. The EC had expressed its concern that such declarations could be in violation of EU laws on non-discrimination.