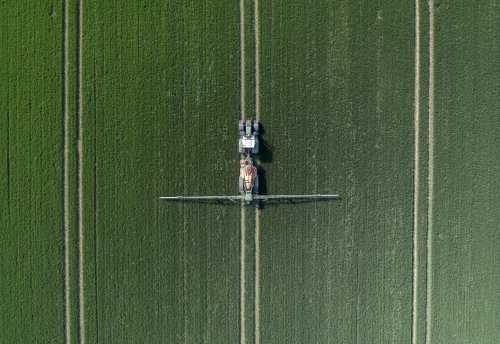 The body pointed out in a press release on Friday that EU member states requested the move and added that effects of the measure will depend on choices of bloc members and farmers.

According to the EC, it will allow EU member states to start farming again roughly 1.5 million hectares. The body stressed that “every tonne of cereals produced in the EU will help to increase food security worldwide.”

The proposal will have to be approved by EU member states before it is adopted, with the Commission stressing that “the global food system faces strong risks and uncertainties stemming in particular from the war in Ukraine where in the near future also issues of food security may arise.”

Environmental rules in question were put in place “to preserve soil potential and improve on-farm biodiversity as part of the long term sustainability of the sector and to maintain the food production potential,” the EC noted.

It added that proposed exemptions do not apply to crops typically used as animal feed and are “restricted to what is strictly necessary to address the global food security concerns.”

The EC pointed out that its proposal presents a balance between environmental concerns and global food availability, stressing that it “remains fully committed to the Green Deal.”

It noted that the war in Ukraine presents serious risk for global food security and warned that global wheat output faces risks from rising input costs and supply shocks, reminding that Ukraine and Russia are major wheat exporters.

The body reminded that Good Agricultural and Environmental Conditions (GAECs), which include mandatory maintenance of unproductive features on arable land and crop rotation, “are a set of EU standards beneficial for climate and environment.”

The Commission noted that it came forward with several initiatives aimed at addressing food security concerns since the start of the war in Ukraine, including support for Ukrainian farmers to help them maintain production and resume exports.