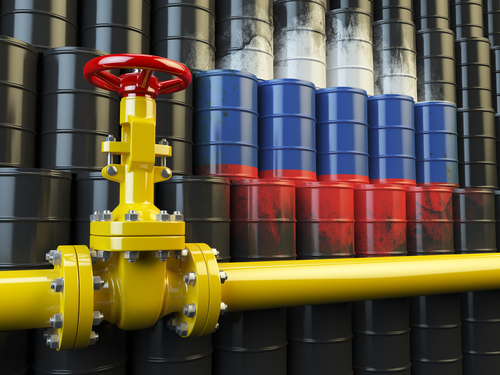 Belgium, (Brussels Morning Newspaper) The European Commission has proposed a new package of sanctions against Moscow and plans to implement a Russian oil embargo.

EC President Ursula von der Leyen pointed out in the EU Parliament on Wednesday that the new package of measures includes a gradual ban on Russian oil imports, Reuters reports.

Von der Leyen stressed that the proposed embargo “will be a complete import ban on all Russia” that will be implemented gradually.

The EU is to phase out Russian crude oil imports in six months and refined oil products by the end of the year, she noted and added that the Commission will minimise negative effects on the bloc.

“We are addressing our dependency on Russian oil,” she pointed out and continued “let’s be clear, it will not be easy because some member states are strongly dependent on Russian oil, but we simply have to do it.”

Commenting on Russian President Vladimir Putin, she stressed that he “must pay a price, a high price, for his brutal aggression” against Ukraine.

Besides phasing out Russian oil imports, the bloc is to impose sanctions on four Russian banks, including its top lender Sberbank, which are to be excluded from the Society for Worldwide Interbank Financial Telecommunication (SWIFT).

Von der Leyen announced that more ranking Russian officials will be added to the list of individuals and entities under EU sanctions that include travel bans and asset freezes, but did not provide any names.

EU diplomats pointed out that Hungary and Slovakia will likely get more time to phase out Russian oil imports because the two EU member states are heavily dependent. The EC’s proposal still needs to be approved by EU member states.

“In the short term it might leave Russian revenues high while implying negative consequences for the EU and global economy in terms of higher prices,” Tagliapietra noted and concluded “not to talk about retaliation risks on natural gas supplies.”