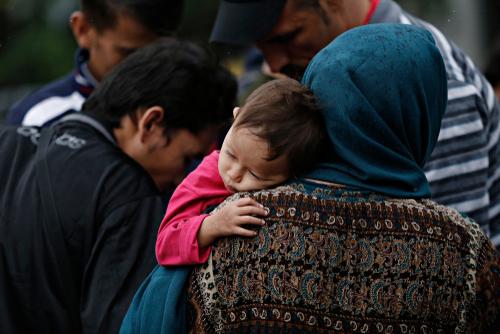 Belgium, (Brussels Morning Newspaper) The European Commission proposed a plan to address challenges of Mediterranean migration ahead of the Home Affairs Council meeting.

In a statement released on Tuesday, the EC pointed out that the bloc is negotiating migration and asylum reforms and predicted that talks will help to find structural solutions.

As part of its plan, the Commission proposed 20 measures “designed to reduce irregular and unsafe migration, provide solutions to the emerging challenges in the area of search and rescue, and reinforce solidarity balanced against responsibility between member states.”

The first part of the plan is focused on cooperation with partner countries and international organizations, with the EC proposing to strengthen migration and border management of Egypt, Libya, and Tunisia.

“It will reinforce the fight against migrant smuggling and enhance diplomatic engagement on returns while stepping up legal pathways to the EU,” the Commission pointed out and stressed the importance of coordination.

The second part of the plan focuses on measures aimed at strengthening cooperation between bloc members and other actors “involved in search and rescue activities in the Central Mediterranean.”

The body pointed out that the EU Border and Coast Guard Agency (Frontex) is to assess the situation in the Central Mediterranean in cooperation with EU member states and establish closer cooperation with the UN’s International Organization for Migration (IOM) and High Commissioner for Refugees (UNHCR).

The third part of the plan focuses on the implementation of the Solidarity Declaration from June this year, with the Commission pointing out that it provides “a temporary mechanism for one year, bridging towards the future permanent system.”

According to the action plan, implementation of the mechanism is to be accelerated and bloc members facing arrivals by sea are to receive support from other EU member states.

The body concluded that the action plan can be used to develop similar plans for other routes.