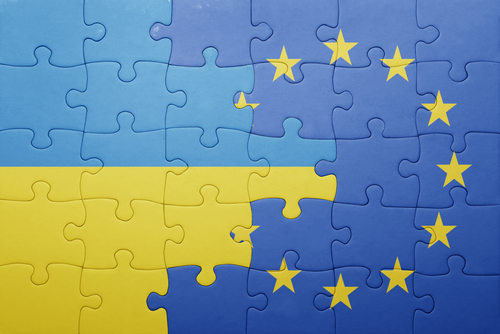 She pointed out that the country started on its path to EU membership before the war broke out and demonstrated its aspirations and ambitions, the EC noted in a statement on Friday.

Von der Leyen stressed that Ukraine has been gradually moving towards the EU for roughly eight years and added that the country implemented approximately 70% of the EU acquis.

Ukraine is taking part in EU programmes and “has a very robust presidential-parliamentary democracy,” she continued and noted that the country’s public administration manages to keep the country running despite the war.

“Ukraine has an education system that is well developed; we know and admire the digital skills of this country and the digital infrastructure that is in place,” von der Leyen added, stressing that the country’s economy was doing well before Russia attacked.

She pointed out that Ukraine’s deficit stood at roughly 2% and public debt below 50% of GDP, noting that it took steps towards “becoming a fully functioning market economy.”

“You know that we are working on integrating Ukraine deeper into the single market, for example in the transport sector, where we have the transport agreement, or we integrate the energy systems further,” Von der Leyen stressed and reminded that Ukraine and EU connected their electricity grids.

She praised Ukraine for its progress on the rule of law, noting that the country is setting up institutions needed for the effective functioning of the judiciary and fight against corruption.

Von der Leyen added that Ukraine has adopted new laws against oligarchs, but stressed that they have to be implemented and added “we want to see results on the ground.”

She pointed out that the process of joining the EU is merit-based and noted that Ukraine’s progress depends on its work.

Von der Leyen added that roughly the same goes for Moldova, proposing the country be granted candidate status because it showed willingness to implement reforms.

As for Georgia, she noted that the country shares Ukraine and Moldova’s aspirations, concluding that the EU Council should assess the country’s preparedness for granting it candidate status.