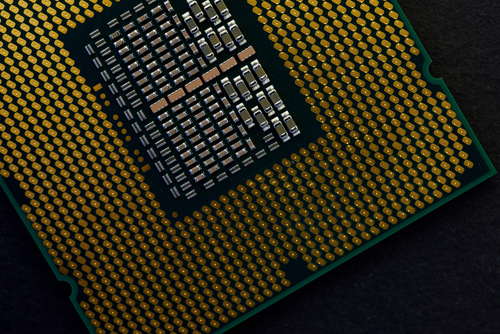 Underscoring the important role chips play in the global technological race, she described them as “the bedrock of modern economies.” While noting that chips are a requisite for almost all modern devices, she acknowledged that the coronavirus crisis had exposed vulnerabilities in the chip supply chains.

“We have seen that whole production lines came to a standstill, for example with cars”, she said, citing the fact that as “demand was increasing, we could not deliver as needed because of the lack of chips.”

Von der Leyen highlighted the Act’s two main goals – “in the short term, to increase our resilience to future crises by anticipating and thus avoiding supply chain disruptions… and the second part is, of course, looking at the mid-term, and there to make Europe an industrial leader in this very strategic market.”

She said the EC wants the EU to reach a 20% global market share of chip production by 2030, up from the current 9%. The Act would back this drive with 15 billion euro “in additional public and private investment until 2030.” This would be on top of public investments worth 30 billion that are already planned, she said.

The Act will focus on five areas, the first being research, in which “Europe is already excellent.” Second would be harnessing this excellence in research to boost industrial innovation. She indicated that industrial production would be a third priority area, given the EU’s lack of advanced production facilities to reach production goals.

Von der Leyen cited support for small and innovative companies as the fourth area of focus. The EC, she said, planned to support them financially as well as connecting them with industrial partners.

As for the final area of focus, that would be to build partnerships on chips with “like-minded partners” such as the US or Japan, she declared.