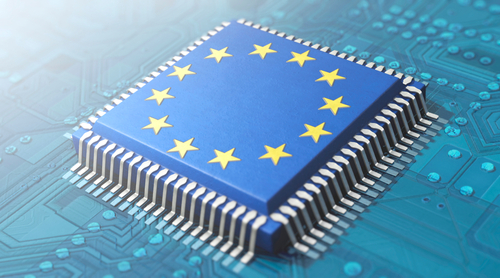 3D illustration, Digitization in the EU

Noting that, since promising to work on the transformation a year ago, the EC had come up with new rules and funds, Von der Leyen spelled out how the NextGenerationEU recovery plan includes investments in digital transformation worth more than 125 billion euro. This represented “massive resources that have already started to revitalise and reshape our economy”, she observed.

Commenting on the EU’s new rules for the digital age, von der Leyen cited the bloc’s adoption of the Digital Services Act and the Digital Market Act. “In those two acts, we lay out the basic principles for all digital companies in Europe”, by creating “a level playing field for all businesses and clear rights for all users”, she said.

The Artificial Intelligence Act was a “guard rail” for the development of AI, she said. “We want companies and programmers to keep advancing and innovating and we are expanding our investment in AI.”

Von der Leyen singled out the EC’s unveiling of its Data Act this month as one of the upcoming new rules. “It gives businesses and individuals more control over the data they produce while using a connected device, and more control over how their data are processed,” she explained.

Later this year, the EC will present its Cyber Resilience Act to “establish common security standards for all connected devices in Europe”, she added.

“Semiconductors have become front-page news in these months, when the global chip shortage has slowed down the global recovery”, van der Leyen said, noting that the EC will present its Chips Act in a week’s time.

“Europe is the world’s centre for semiconductor research… If today’s advanced chips pack tens of billions of transistors in each square centimetre of silicon, that’s thanks to European technology.”

Von der Leyen wrapped up her address with hopes to strengthen EU capacities in all parts of the chip production chain so that come 2030 it would account for 20% of global chip production.