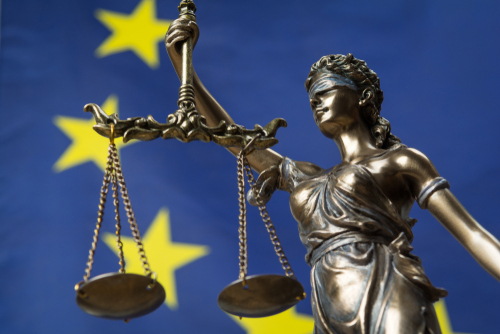 Brussels (Brussels Morning) The European Commission has listed its options for responding to Poland’s challenge to the Union’s key tenet – primacy of EU law over national laws – emphasising that action must be taken to protect the bloc’s common values.

Speaking before the European Parliament, EC President Ursula von der Leyen stressed she was deeply concerned by the ruling of the Polish Constitutional Tribunal, which found some parts of EU treaties to be in breach of the nation’s constitution.

“This ruling calls into question the foundations of the European Union. It is a direct challenge to the unity of the European legal order”, von der Leyen declared before presenting the Commission’s toolbox of potential responses.

The first option would be to launch an infringement procedure against Poland. However, such a legal challenge brought before the EU’s top court could take months before delivery of a verdict, and it remains to be seen whether Poland would comply with its ruling.

Another, faster option, would be to invoke the conditionality mechanism and deny Poland access to the EU’s budget and its pandemic recovery funds. “This is European taxpayers’ money”, von der Leyen pointed out, while stressing that the Union’s budget must be protected “against breaches of the rule of law.”

A third option would be to apply Article 7 of the EU’s Lisbon Treaty, which would deny voting rights to Poland for breaching the Union’s core values. However, it is highly likely that Hungary – also at odds with Brussels on a range of issues – would veto a decision that requires the unanimous backing of all other member states.
Offering Germany’s perspective on the matter, the country’s European Affairs Minister, Michael Roth, made clear there could be no room for compromise in the dispute with Poland, even as he acknowledged that talks need to continue. “At the end of such a dialogue, there must be a clear avowal of what we all have committed to when we joined the European Union”, Roth insisted. “There can be no special deals.”